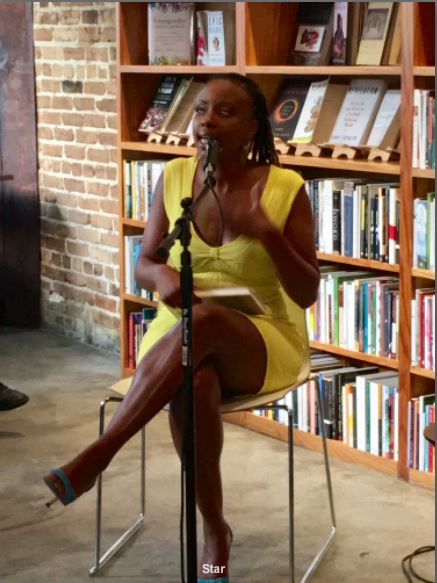 Some of the forgotten Black “foremothers” who helped shape the District of Columbia’s intellectual, social, cultural and political legacies in the 19th and 20th centuries are getting their just due in a book written by Treva B. Lindsey, a D.C. native, scholar and associate professor at Ohio State University.

In “Colored No More: Reinventing Black Womanhood in Washington D.C,” Lindsey writes about some of the “New Negro” women in the late 19th and early 20th centuries who tackled racism and sexism while empowering themselves.

In her book, Lindsey draws parallels between the lynching of Black women and the recent deaths of Sandra Bland who died in police custody in Texas; Charleena Lyles who was fatally shot by two Seattle police officers and Aiyana Stanley-Jones, a sleeping 7 year old whom Detroit police fatally shot during a raid.

So as Black women compile strategies to combat racism and sexism, it’s important to look back to what our foremothers did and pull ideas from them, Lindsey said.

On July 18, Lindsey discussed and read passages from her book at The Potter’s House, a bookstore and café that welcomes deep conversation, creative expression and community transformation, according to its website.

“Black women have always been freedom fighters,” Lindsey told the AFRO. “We’ve always defined equality in radical and creative terms and when we look to the women of Washington, we learn so much more about our history.”

Between 120 and 130 people attended the sold-out talk, Tim Kumfer, the nonprofit café and bookstore’s general manager, told the AFRO. The café represented the first leg of Lindsey’s eight-month book tour, which has stops at Duke University in Dunham, N.C., Emory University in Atlanta and the University of California, Santa Barbara.

Lindsey said she makes no apologies for targeting a Black, female audience. She even dedicated her book to Relisha Rudd, a girl who disappeared from the District three years ago while staying in a homeless shelter — Rudd has never been found and Lindsey held a moment of silence for Rudd and the other missing Black girls across the United States.

Moreover, “Colored No More” is a reference to harmful skin bleaching creams that were especially in vogue among American Blacks back then and remain popular in Africa, Asia and the Middle East.

“At the end of the day, I didn’t write the book for White feminists,” Lindsey said. “I’m very clear about who I wrote the book for … it’s for Black girls. It’s for Black women and it is for us to think about ourselves in very dynamic ways through the lens of history.”

Lindsey said she was curious about the women who came before her in D.C. and was interested in unearthing their untold stories. She wanted to better understand where she came from and what those streets would have looked like 100 years before she was born.

The project started out as Lindsey’s dissertation in 2007 when she was attending Duke, and morphed into a 204-page book that the University of Illinois Press published in April.