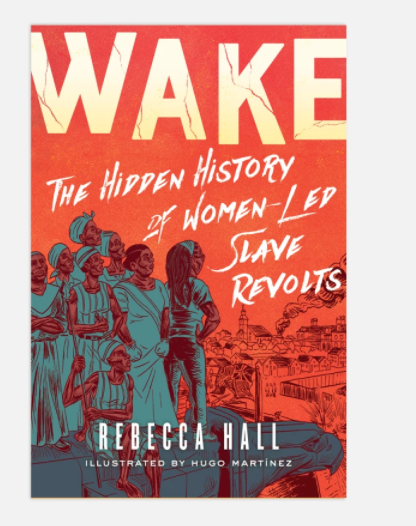 By Julianne McShane via https://www.nbcnews.com/

Rebecca Hall’s research learned, despite dominant narratives, that women were firmly involved in slave revolts. The findings are documented in her graphic novel, “Wake.”

When Rebecca Hall began researching the roles of enslaved African women in leading revolts against their enslavers while she was pursuing her doctorate in history at the University of California, Santa Cruz in the early 2000s, she found a recurring argument in many of her sources: Enslaved women didn’t revolt.

The narrative persisted among historians even as evidence proved it to be false. Around the time Hall was conducting her research, a group of historians analyzed more than 27,000 slave ship voyages that took place over centuries and discovered that there were revolts on at least 1 in 10 of the voyages they analyzed — and that the more enslaved women who were on a ship, the more likely a revolt was to have occurred.

But the researchers questioned their own findings about the role women played in revolts, calling them “counterintuitive” and noting…