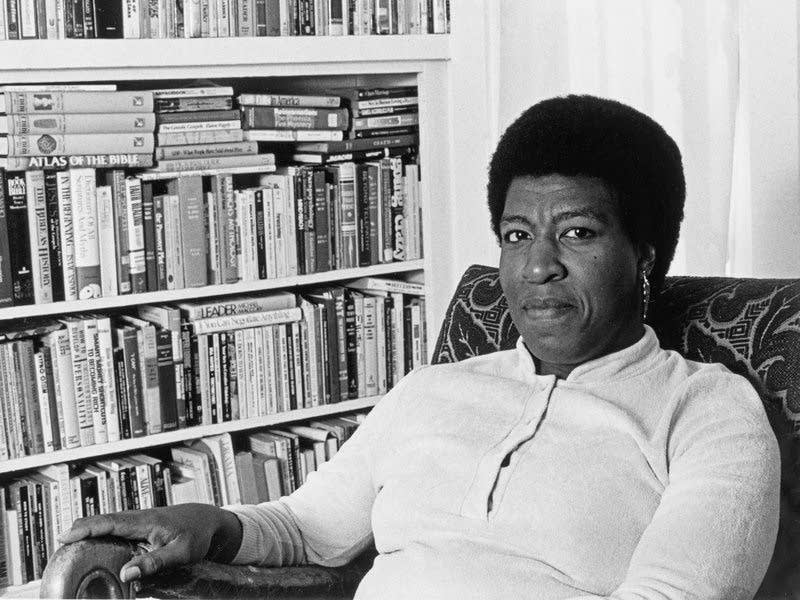 Octavia Butler used to say she remembers exactly when she decided to become a science fiction writer. She was 9 years old and saw a 1954 B-movie called Devil Girl from Mars, and two things struck her. First: “Geez, I can write a better story than that!” And second: “Somebody got paid for writing that story!” If they could, she decided, then she could, too.

Eventually she did exactly that. Octavia Estelle Butler became one of the world’s premier science fiction writers, the first black female science fiction writer to reach national prominence, and the only writer in her genre to receive a prestigious MacArthur Fellowship. (“You have a Genius Grant,” Charlie Rose said in a 2000 interview. “They don’t call it that,” she corrected him firmly; “somebody probably made that up.”) When she died in 2006, she was lauded as a pioneer, an icon and one of America’s best writers.

“Octavia Butler: Telling My Stories” is an exhibit currently at the Huntington Library, in the Pasadena suburb of San Marino, Calif. Curator Natalie Russell went through some “8,000 manuscripts, letters and photographs, and an additional 80 boxes of ephemera” to create an exhibition that shows, in chronological order, how Butler’s career was born and evolved, and what influenced her.

Large glass cases hold early notebooks and drawings, report cards from her days at Pasadena City College and notes to herself about character development. Early copies of her first editions are here. So is the one-page letter from the MacArthur Foundation notifying Butler she’d been chosen as a fellow in 1995.

affirmations she repeated to herself: “I am a best-selling writer, I write best-selling books,” one says. “Every day in every way I am researching and writing my award-winning books and short stories.”

That encouragement was probably essential: Butler faced a lot of challenges. She grew up black and poor in Pasadena, Calif., when legal segregation was dead, but de facto segregation was very much alive. She was also shy, unusually tall for her age, and not particularly social. “I’m an only child,” Butler told Sci Fi Buzz. “I had no idea how to get along with other children. And also, I was a strange kid who learned to stay by herself and make things up.”

She often made them up while sitting on the porch at her grandmother’s chicken farm, in the High Desert town of Victorville, Calif., where she dreamed about animals. The drawings of horses that illustrated one of her early stories are on the walls at the Huntington. After Devil Girl, though, Butler switched to science fiction, determined to make that her career.

Creating her own path

That was astonishing, because the world was not full of well-paid science fiction writers, and with very few exceptions, all of those were male and white. No one like Butler existed in the genre. And that didn’t seem to hold Butler back one bit. “I don’t recall every having wanted desperately to be a black woman fiction writer,” she told Rose. “I wanted to be a writer.”

She went to Pasadena public schools, then got an associate’s degree from Pasadena …