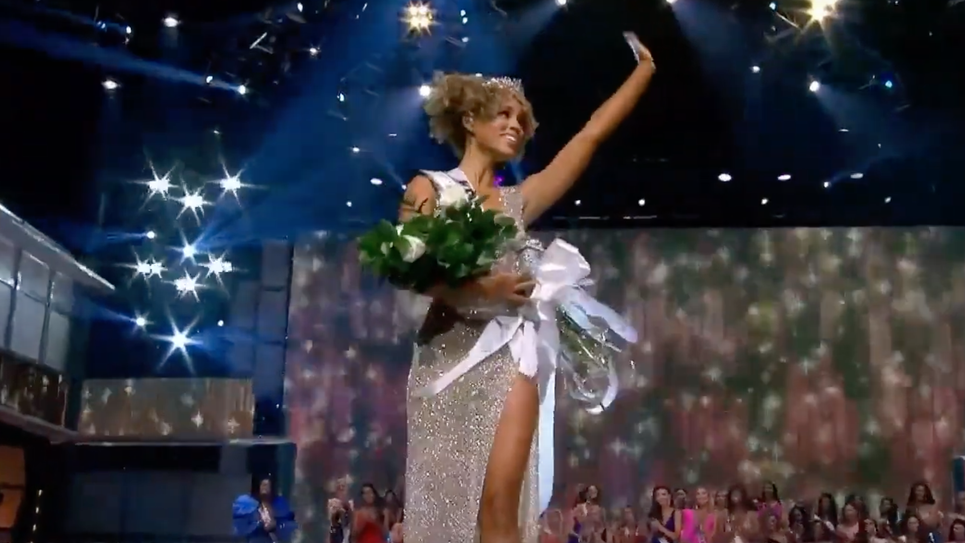 Kentucky journalist Elle Smith will be the third consecutive Black American queen to compete for Miss Universe—only 6 months after her first pageant.

It’s a three-peat; for the third year in a row, a Black woman was crowned Miss USA on Monday night, as Miss Kentucky Elle Smith earned the title during the 70th Miss USA pageant at the River Spirit Casino Resort in Tulsa, Okla. Smith follows in the stilettoed footsteps of Miss USA 2020 Asya Branch and 2019’s queen Cheslie Kryst. Memorably, Kryst completed a Black American female trifecta of her own when crowned in the same year as Miss America Nia Imani Franklin and Miss Teen USA—not to mention 2019’s Miss World, Toni-Ann Singh of Jamaica, and Miss Universe, South African Zozibini Tunzi.

Now, it will be Smith’s turn to compete for Miss Universe in Israel on December 12; a feat made all the more remarkable by the fact that the 23-year-old competed in her very first pageant only six months ago, according to Insider.

What also makes Smith remarkable, in our eyes? Well, like us, she’s a journalist—“an honor and a role I take very seriously,” her Miss USA bio reads (h/t Insider). According to Newsweek, after majoring in broadcast journalism at the University of Kentucky’s (UK) College of Communication and Information—where she was vice president of the campus chapter of the National Association of Black Journalists (NABJ) during her senior year—an NABJ conference landed the 2020 grad her first job as a reporter for Louisville’s WHAS11, an ABC affiliate.

For the pageant haters, this is where we note that Diane Sawyer (America’s Junior Miss) and Oprah Winfrey (Miss Black Tennessee) were also pageant contestants—and Halle Berry (Miss Ohio) was first runner-up for Miss USA in 1986. And of course, Vanessa Williams’ come-up following her historic …

Read More: Once Again, a Black Woman Has Been Crowned Miss USA