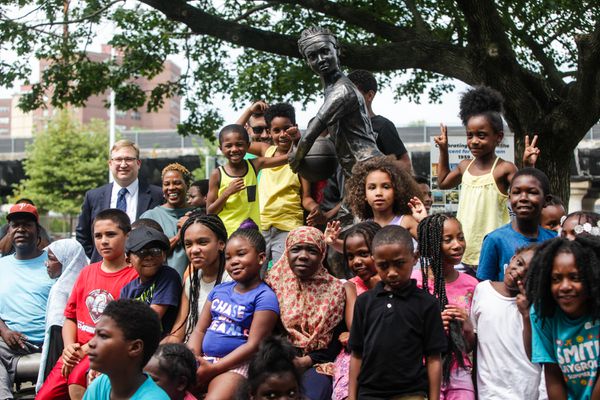 The statue, titled MVP, was unveiled at Smith Playground in the City of Brotherly Love by public art officials and the artist, Brian McCutcheon. It showcases a young middle-school-aged woman clutching a basketball, poised to make a decision. Does she dribble down the court? Pass? Shoot? It’s a moment of possibility, and one that city workers hope will inspire those in the South Philadelphia neighborhood it resides in.

“As an African American female, I am so proud of MVP as it depicts a young person of color and a female figure,” said Kelly Lee, chief cultural officer for the city. “These are characteristics not traditionally reflected in  …

The Latest Dreams of Barbara Hillary, the First African-American Woman to Travel to the North Pole
Team GB’s only black swimmer: ‘I understand why girls would quit over their hair’