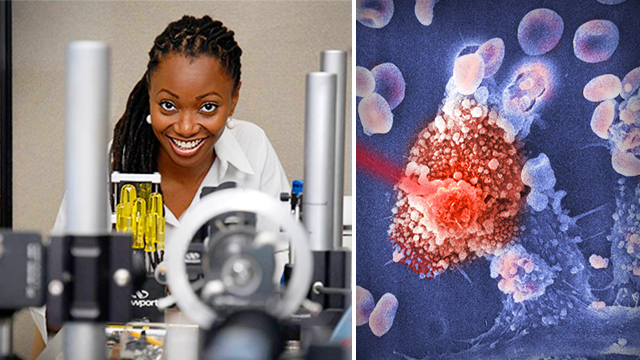 BY CATHERINE BOLTON via https://www.theepochtimes.com

The United States only officially began to outlaw racial segregation in the 1950s, and women have only been given equal academic opportunities at some top institutions since the 1980s. Columbia University, for example, didn’t allow women to apply until 1983—and the other Ivy League schools didn’t allow women until the 1960s and 1970s, themselves.

These advancements in academic opportunity have helped to pave the way for women and people of color to contribute even more heavily to social and scientific progress, but African-Americans continue to make up a minority of pioneers in these fields.

That makes Dr. Hadiyah-Nicole Green a true pioneer in her field. Green is one of fewer than 100 black female physicists working in the United States right now, truly standing tall as a rare role model in her demographic.

She currently works as an assistant professor at the Morehouse School of Medicine, boasting some seriously impressive credentials from the  …

Continue Reading
You may also like...
Related Topics:Dr. Hadiyah-Nicole Green

Michelle Obama’s High School Will Name Athletic Center After Her
Muskogee senior once told black girls can’t be valedictorian. Now she’s No. 1 in her class, accepted at more than 62 colleges

Sian Proctor, first Black woman to pilot a spacecraft, opens up about her journey

Why Emma Grede, the first Black woman investor on ‘Shark Tank,’ believes in the power of ‘hustle’