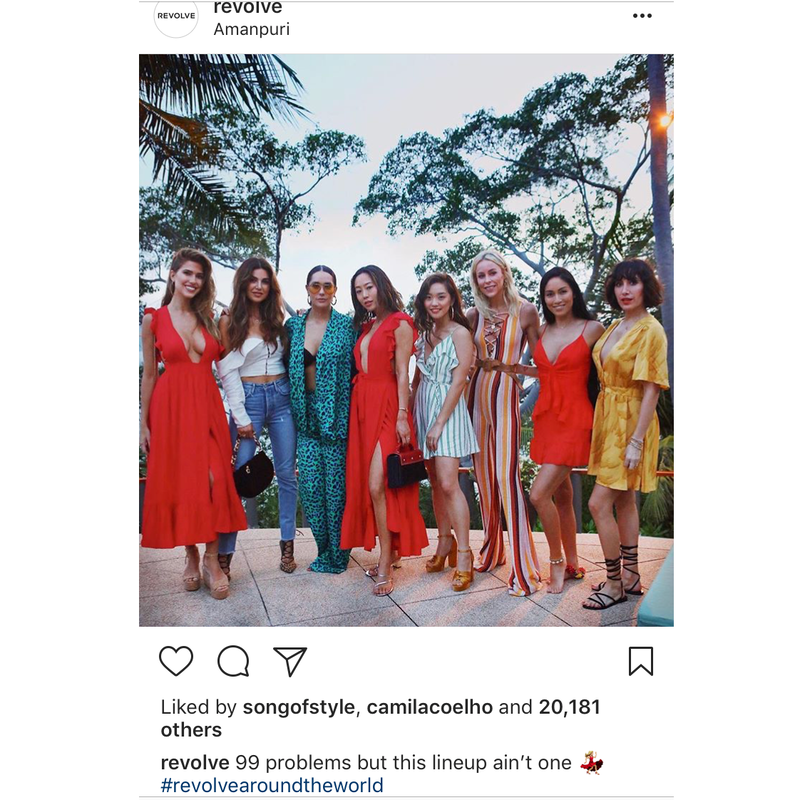 Original piece written by Valerie Eguavoen of On A Curve

I had planned to start the New Year off with a styling segment on the blog, but it looks like the universe/internet had other plans. I am a 26 year old black woman, a Nigerian-American, a Howard law graduate, a plus size blogger, and a Durham, North Carolina resident. While I have built a small network of individuals through my blog and social media platforms, never in a million years would I have thought that someone like me would throw a wrench into the fashion “system.”

It all started with the ongoing Revolve press trip to Phuket, Thailand. Until yesterday, I followed a few of the influencers that were invited on the trip, like Aimee Song and Camila Coelho. I have to admit that I was a huge fan of Aimee’s blog, that is until her page led me to Revolve’s Instagram feed. I had noticed Revolve’s usual practice of discrimination a while back, but something about this particular post struck a chord. After you finish reading this post, you may or may not find it shocking that they are still currently engaged in heavy social media coverage of the trip.

So, let’s rewind to yesterday. I came across the image and caption below, and I was immediately disturbed by the blatant exclusion of darker skinned women, and the ridiculous addition of rap lyrics to the caption. I commented to myself about how crazy it was, and was planning to send it only to a couple of friends.

Let’s be honest here, I was not shocked to see the row of bronzed skinny women on their feed. After all, it is very common practice in the fashion industry to only include girls who meet oppressive European standards of beauty. However, just a few weeks ago, I was having a conversation with a fellow blogger, @simioa, about the consistent exclusion of talented black women from the top influencer tier and how we have to work 10 times as hard to get the same number of collaborations and amount of money.

This time, I had had enough of the crap, so I decided to share my opinions with my platform of 10K followers. I had addressed racial justice issues on there before, but nothing relating specifically to the fashion industry. To be honest, I felt like I had nothing to lose but the constant lack of considerations from many brands and fashion houses. As @fumitoronto plainly put it, “Staying silent to not f**k up the deal you’re probably never going to get …

Continue Reading
You may also like...
Related Topics:fashion, Revolve