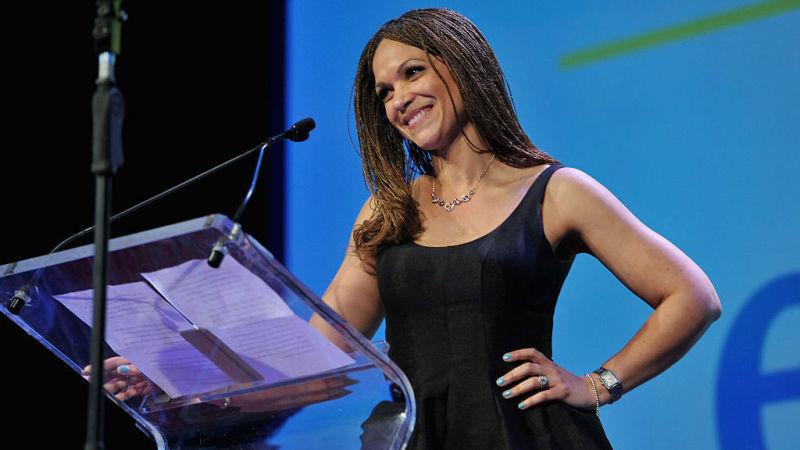 The indomitable Melissa Harris-Perry, once the voice of the weekends through her two-hour show on MSNBC—at once ritual before brunch or church or work and a much-needed respite from the unceasing whiteness of political punditry—gave us #Nerdland, that delicious slice of TV that wasn’t white-centered, wasn’t male-centered and was here for all the blerds who craved nuanced political thought and conversation.

Her topical focus for four years was race and gender, which she delivered in her distinctive, apposite, rapid-fire pace. Not only did Harris-Perry bring less-reported issues to the fore, she gave a platform to those academics, activists, pundits and writers who fell outside the white, male, heterosexual norm, and offered a lens that was at once smart and steeped in black cultural tea. For all this black girl brilliance, she was named to the No. 1 spot on The Root 100 in 2012.

Alas, the Melissa Harris-Perry show was there for but a fleeting moment in time, and, perhaps appropriately, during Barack Obama’s second presidential term. But she didn’t let a nasty labor dispute bump her into obscurity. No, this sister said her “Peace!” and kept it moving.

Who could forget her words to MSNBC after the cable news network essentially fired her and hoped she would go quietly: “I am not a token, mammy, or little brown bobblehead.”

No, the author and professor (Harris-Perry has a Ph.D. in political science from Duke University), who just happens to make a living—and has been doing so for quite some time—looking at the historical and empirical status and socialization of black women and girls—spoke her own truth to power as such, and we all cheered.

She did what so many black women could not—call out the fuck shit from white boys in power who disrespect, devalue and disregard them so callously. And kept it moving.

So, she went out not like a sucker but as a superstar, and has since returned full time to academia from whence she came. Those fortunate enough to attend Wake Forest University can take classes from Harris-Perry including her spring 2017 course, “Girl Stories: Race, Politics, and Pedagogy” (pdf), which in part, explores girls’ stories such as Brown Girl Dreamin’ and I Know Why the Caged Bird Sings as primary documents for understanding race and identity.

Harris-Perry is also the Maya Angelou Presidential Chair at Wake Forest; the executive director of the Pro Humanitate Institute; and founding director of the Anna Julia Cooper Center, which uses the tools of the academy to promote intersectional research and scholarship.

She is also editor at large at Elle.com, where she continues to amplify the “stories, experiences, challenges, policies and defining pop-culture moments of women and girls of color,” producing multimedia content including a formidable series on #SquadCare, which explored everything from a black women’s healing collective in Brooklyn, N.Y., to how women of color in comedy have made it that much better.

For all of this, we salute MHP, who, in her public career, has always given …

Please read original article- The Root 100 No. 1s: Melissa Harris-Perry Lets the World Know She Is Not Your Mammy

Continue Reading
You may also like...
Related Topics:Melissa Harris-Perry, MSNBC

The Classic American Hate That Killed Heather Heyer
‘Santa can be any color’: Memphis’ black mall Santa brings visitors from across the South