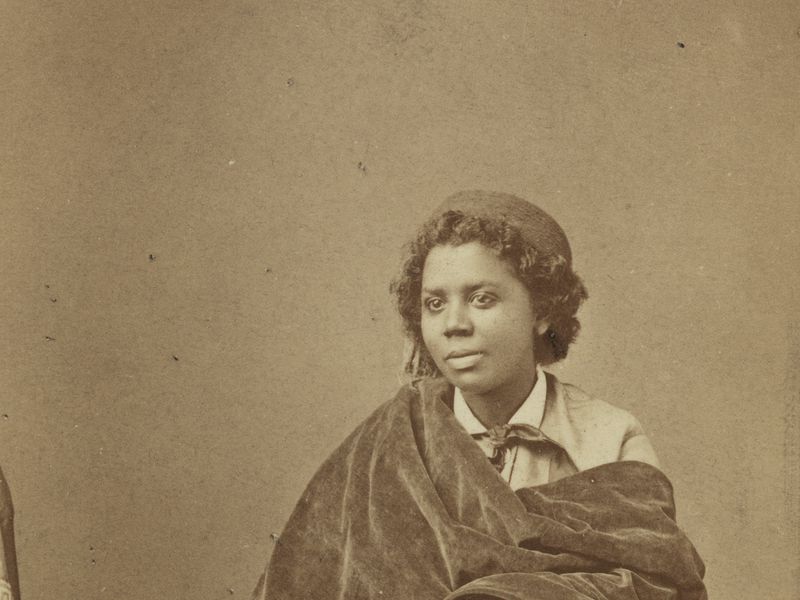 By Alice George via https://www.smithsonianmag.com

As the orphaned child of a black father and a Native-American mother, Lewis rewrote the 19th-century definition of sculptor

dnapped, beaten and left to die, Edmonia Lewis, a talented artist with both African and Native-American ancestry, refused to abandon her dreams. In the winter of 1862, a white mob had attacked her because of reports that she had poisoned two fellow Oberlin College students, drugging their wine with “Spanish Fly.” Battered and struggling to recover from serious injuries, she went to court and won an acquittal.

Though these details are apparently true, after becoming an internationally known sculptor, Lewis used threads of both truth and imagination to embroider her life story, artfully adding to her reputation as a unique person and a sculptor who refused to be limited by the narrow expectations of her contemporaries.

Among the collections of the Smithsonian American Art Museum are several of Lewis’ works, and her most significant work, The Death of Cleopatra, greets visitors who climb to the museum’s third floor in the Luce Foundation Center. Many of Lewis’s works disappeared from the art world, but her image of Cleopatra found its way back from obscurity after a decades-long sojourn that carried its own strange story of fame and lost fortunes.

Lewis shattered expectations about what female and minority artists could accomplish. “It was very…

Continue Reading
You may also like...
Related Topics:Edmonia Lewis