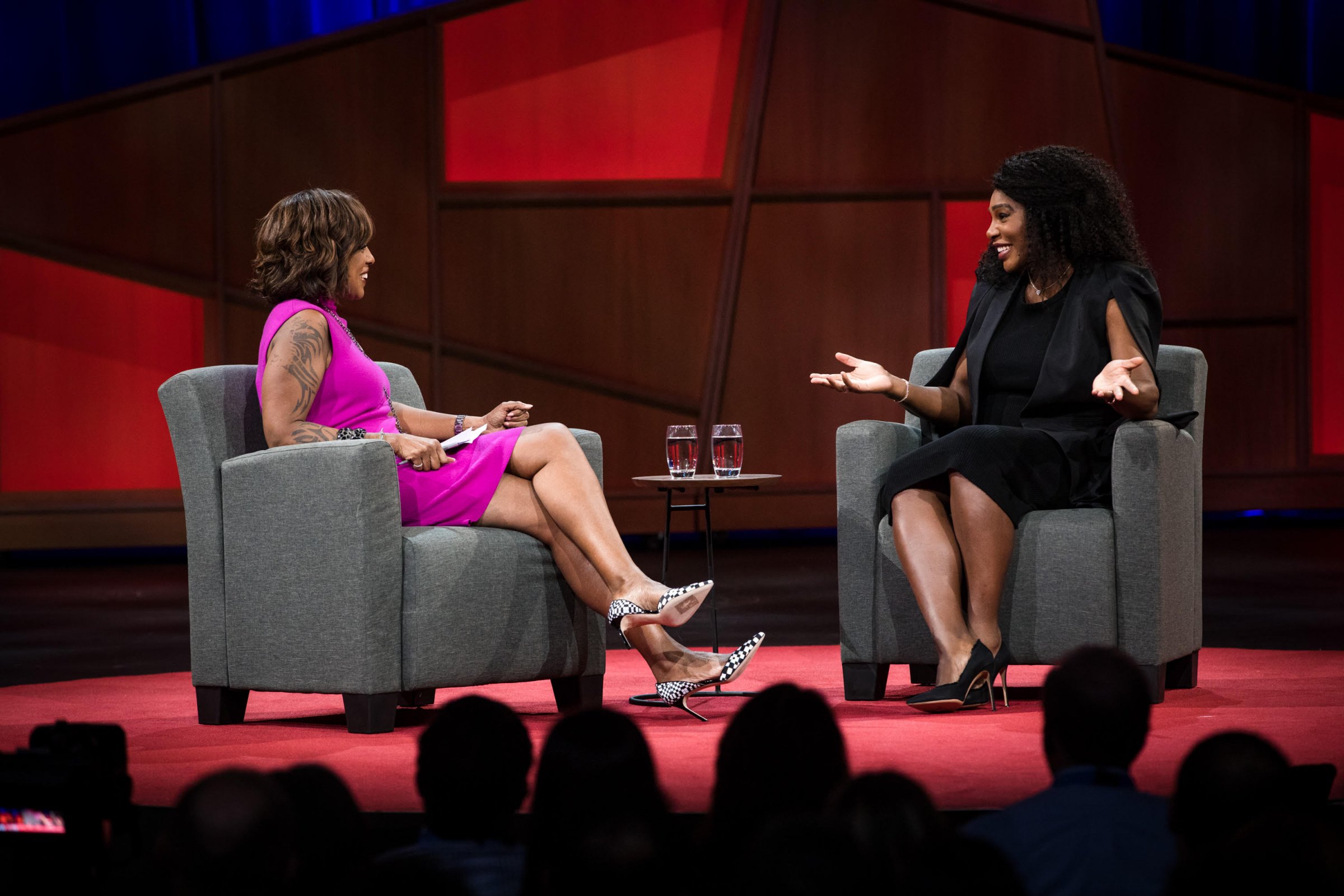 Serena Williams surprised the world when she recently announced her engagement to Alexis Ohanian, the cofounder of the social news site Reddit. As Williams explained at the TED 2017 conference during an onstage interview with CBS television host Gayle King, no one was more surprised than her.

During the interview, King joked that she never would have expected Williams to end up with “a nerdy geek.”

“I wouldn’t either,” Williams replied, to audience laughter.

“I never felt pressured to get married, and I can’t say I’m the marrying type of person,” she said. “I love my life, I love my freedom, and I love my career. I always felt I didn’t want anything to interfere with that.”

When asked how she knew Ohanian was “the one,” Williams laughed. “I’m … not going to say that [out loud]. But really, he’s very loving and he’s very…