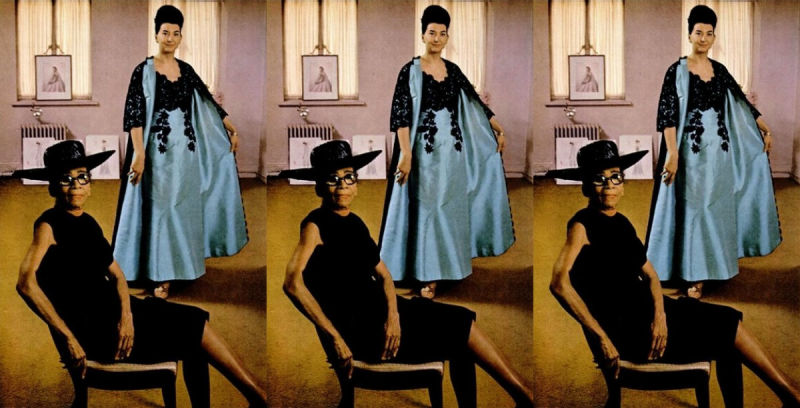 In 2003, the John F. Kennedy Library and Museum in Boston held a special exhibit celebrating the 50th anniversary of the Jacqueline Bouvier and John F. Kennedy nuptials. Visitors got to see various mementos from the 1953 wedding, considered the social event of the season at the time. A highlight of the exhibit was Bouvier’s ivory silk-taffeta bridal dress, which received a lot of media attention for its exquisite design. It also sparked renewed interest in the woman who made it: Ann Lowe, a little-known African-American designer who specialized in formal wear for wealthy socialites.

“I first learned about Ann Lowe years ago when I went up to what was then the Black Fashion Museum in Harlem,” recalls Valerie Steele, fashion historian and director of the Museum at the Fashion Institute of Technology in New York City, where several of Lowe’s dresses are housed. “What struck me was that she was a custom dressmaker to elite, white society, which was a significant genre,” says Steele.

“I love my clothes and I’m particular about who wears them,” Lowe famously told Ebony magazine. “I am not interested in sewing for café society or social climbers. I do not cater to Mary and Sue. I sew for families of the Social Register.” The story of how she became one of their most sought-after designers is quite remarkable.

Born in 1898 in Clayton, Ala., Lowe came from a family of dressmakers. Her grandmother Georgia Cole made clothes for her plantation mistress before becoming a free woman in 1860, and her mother, Jane Lowe, was an expert seamstress and embroiderer. Learning from both women, Lowe became skilled at creating intricate fabric flower adornments that would later become one of her signatures. The women eventually moved to Montgomery, Ala., where they ran a successful dressmaking business. When her mother died suddenly while making gowns for the governor’s wife and daughters, Lowe, then 16, completed the project and subsequently headed the family business.

A wealthy Floridian impressed with Lowe’s skills invited her to move to Tampa and become her family’s seamstress. As word of her talent spread, her clientele increased.

“There have always been black women who were dressmakers,” says Audrey Smaltz, former Ebony Fashion Fair commentator and founder of …

Continue Reading
You may also like...
Related Topics:Ann Lowe