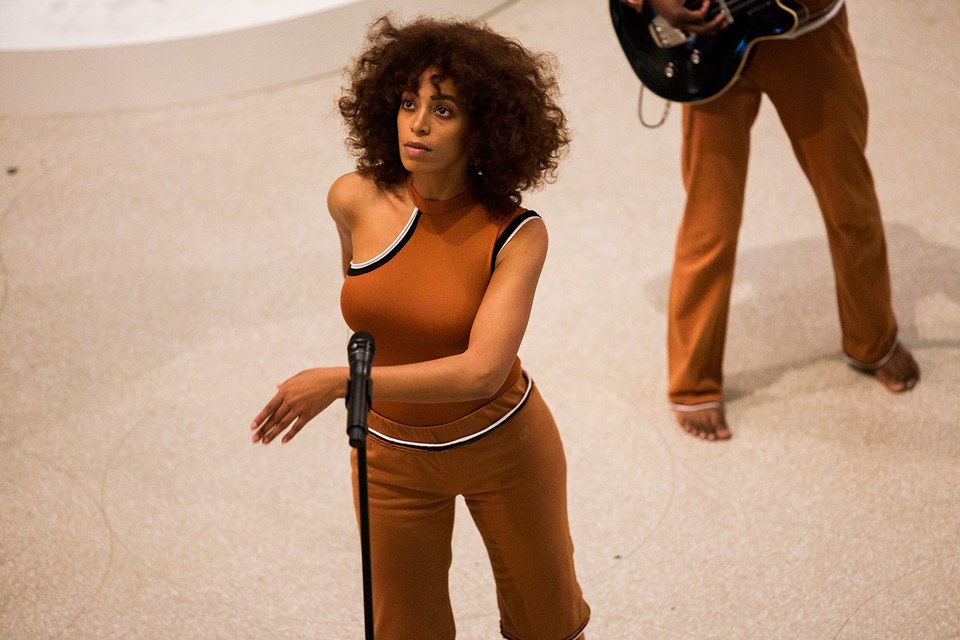 The artist’s performance, “An Ode To,” was a stunning visual extension of her album, A Seat at the Table.

In ceremonies, circles are formed to summon something holy. Across various religions and cultures participants often wear white and eschew unnecessary adornment; shoes, if not needed, may be removed to attain something closer to purity.

Solange knows this. She knows A Seat at the Table, her excellent album released last September, contains healing properties, specifically for the black women who hear it. So on a sunny Thursday she conducted a pair of ceremonial performances (for the slightly less-holy-sounding Red Bull Music Academy) at the Guggenheim Museum in New York City titled “An Ode To”—a revelatory tribute to the complexities of black womanhood, in a space that does not typically celebrate such things.

Before the show, guests—which included artists like Björk, Zoë Kravitz,Questlove, and Kelela—submitted themselves to the rules of Solange’s ceremony: wear white and relinquish your cell phones and cameras at the door. Prepare to either sit on the floor on the ground level, or stand at the edges of the Guggenheim’s rounded atrium, then wait for your priestess to arrive. The band will come first, dressed in yellow, burgundy, and golden sand, standing barefoot on an all-white platform with a sculptural, circular backdrop. (In past performances, Solange’s backdrop has been red, invoking the blood-moon lunar eclipse.)