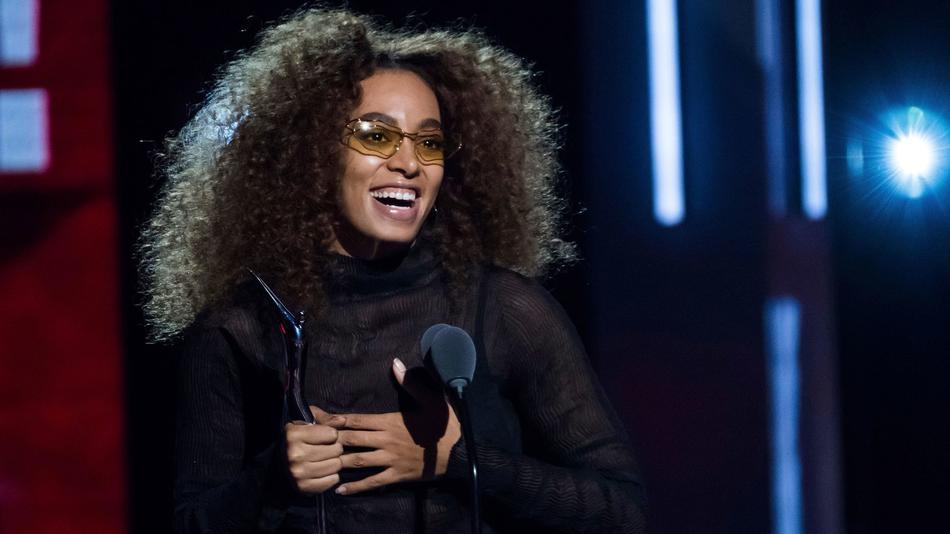 White people, this is not for you!” fans shouted outside of the Museum of Contemporary Art Chicago’s Edlis Neeson Theater.

Those fans were hoping to catch a glimpse of or last-minute tickets to see musician and visual artist Solange (Knowles) in discussion with writer and essayist Britt Julious as part of the MCA’s “In Sight Out” talk series — a collaboration with online music journal Pitchfork that aims to highlight exceptional voices at the intersection of music, art and culture.

Knowles and her most recent album, “A Seat at the Table,” garnered praise from critics and fans, and they have also become synonymous with conversations around bringing politics, particularly racial politics, to the forefront of popular music — for better or worse.

“This was an album for my own exploration and self-care,” Knowles said of her Grammy-winning work. “Once I got into that groove, the lyrics were actually very easy. They were everyday feelings, everyday confrontations that were staring me in the face. They were things that I didn’t choose to write about — those words chose to be there.”

Speaking with Julious about various inspirations for the album, from the works of the late minimalist artist Donald Judd to black women’s “magic grace” and acceptance to be vessels; and her process — “Maybe it’s the Houston in me, but I move slow,” she laughed — Knowles emphasized ideas around finding power in fear and being direct, and finding strength in saying no.

“I’m willing to risk it all so that hopefully, in my next work, these battles won’t be as hard,” she said. “You cannot fight for the cause and position yourself as fighting for the cause, then say ‘I don’t want to talk about it.’ I’m just at this place now where I’m not gonna do it if it’s not gonna communicate what I see through my eyes.”

Julious also asked Knowles about her role as a visual artist, the music videos that accompanied the release of “A Seat at the Table” and how Knowles is able to maintain control over the narrative of her art.

“The struggle is very real,” she replied. “I think I’ve demanded that from day one. In the past, especially as a black woman, I was afraid of how that would be perceived. But I feel this in my body. I’m fully realizing this vision. I’m not cutting corners, I’m not compromising. You’re not asking X, Y or Z to do that, so don’t expect me to.”

Wrapping up the hourlong discussion with comments on the tonality toward artists of color in institutional art spaces, particularly black, female artists — which Knowles …