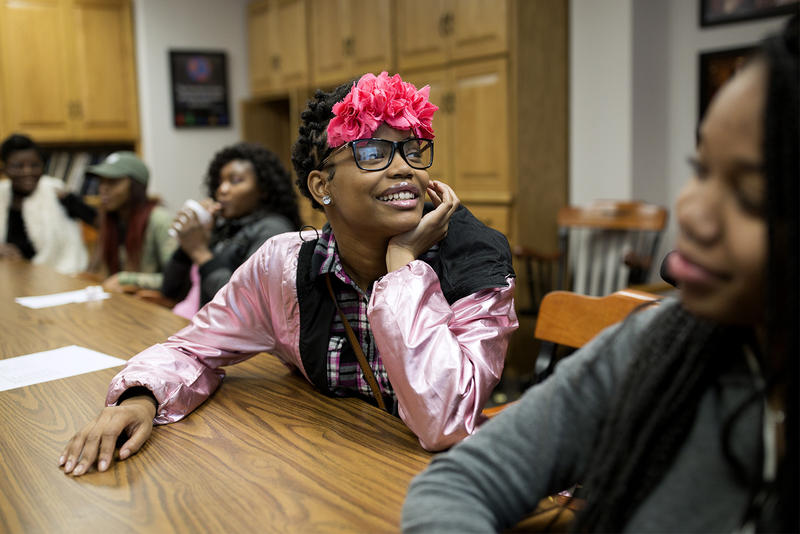 For three years Shante Duncan has facilitated The L.O.V.E. Project with freshman girls at Lafayette High School in Wildwood. She talks to the girls about school and anything else they want to share about their personal lives.

“I thought that it would be very empowering for them to learn about women in our history and to realize we come from a beautiful and powerful culture and we should be celebrated,” She said. “The girls should be proud of who they are and where they come from. They are enough regardless of which setting they are in.”

The Rockwood School District has implemented out-of-class programs to help black students have higher self-esteem to excel at school.

The district spans parts of Ballwin, Eureka, Chesterfield and Wildwood, Missouri, where more than 80 percent of the residents there are white. But Student Services Director Terry Harris said it shouldn’t be a surprise that there are initiatives there catering to students of color.

“Part of my pet peeve is that we also miss the kids who aren’t in heavily concentrated black areas. So again, Rockwood School District, we have African-American girls here and they need that same love, right?” he said.

Some students of color in the district live in the county. But about 1,700 students are St. Louis residents who participate in the city’s Voluntary Interdistrict Choice Corporation, or VICC, making the district the recipient of the largest number of students in the program, Harris said.

During that time, she worked with middle school girls at the Rockwood School District to study the importance of racial identity and social-emotional learning to help black girls get through their education. The L.O.V.E. Project, a part of Sisters Helping Each Other Reach A Higher Height programming, is a continuation of that work.

“One of the most important things for me was to tell a narrative about girls of color that hasn’t been told before and that is the importance of racial identity in the context of schooling,” Butler-Barnes said.

She said she observed that girls who felt as though they belonged in the school, had higher academic achievement, higher GPAs and aspirations to attend college.

“It doesn’t really matter if you’re from a low poverty environment or high SES (socioeconomic status) environment, racial identity matters. And to have a very healthy sense of who you are sort of protects you in environments that may seem threatening to your identity,” she said.

Butler-Barnes said though racial identity is shaped by racial socialization, including how parents talk to their children, and teach them about racial pride, barriers and equality, it is also shaped by teachers making students of color feel accepted.

For Marion Hassen, 14, who said the group personifies black girl …

Continue Reading
You may also like...
Related Topics:Shante Duncan