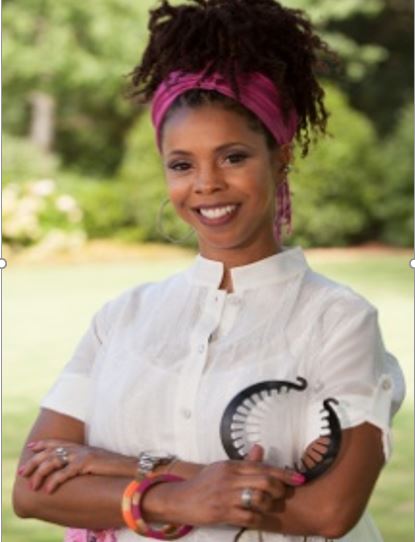 Natural hair has never been so popular and so empowering. I’m sure we’re all familiar with the 1960’s slogan “Black is Beautiful” and the electrified and somewhat defiant political jolt it created – those big afros that were so prevalent and worn proudly. Today, the words are accepted and celebrated but for many, the meaning still has trouble being genuinely realized. We say Black is Beautiful, but do we truly believe it? Feel it?

Every woman who considers wearing her hair natural today is well aware of the negative stereotypes that have been passed down for generations. Most African American women over the age of 50 would never dream of leaving the house with their hair in its natural state.  Slowly but surely we’re turning the corner, more and more African American and mixed-race women are feeling stronger and more confident about stepping into who they are and embracing and loving their natural hair.

The hours spent during our childhood with our mothers pulling our hair back into tight braids, the tears we held back as the brush fought to tame the ‘wildness’ was an act of love.  Our mothers wanted us to look “beautiful”. They wanted the world to accept us or at the very least, to judge us less harshly. For Black girls, the first time at a hair salon is like a rite of passage from the first press and curl, relaxer or the first weave. For as long as Black people have been in the new world, that has meant the finer, straighter and longer, the better.

So many Black women, from those in post-apartheid South Africa, to the women whose demand fuels the multi-million-dollar weave industry in Nigeria, to African German and African Brits have been led to believe that “White hair” is more beautiful. Luckily, the current trend towards natural hair truly is global. In a post-modern world where the first American mixed-race President paved the way for acceptance of Black culture into the mainstream, where Ursula Burns, the first female African American CEO of a Fortune 500 Company wears her hair in a natural TWA (Teeny Weeny Afro) state to free up her time to run a successful business, where the Miss USA 2017 crown was held a few inches higher by a gorgeously coiffed Black curly head of hair, the decision to wear hair in its natural state seems like it should be a non-issue, but sadly, it persists.

As an owner of a natural hair accessory business (PuffCuff) I aspire to continuously build relationships with my customers beyond a simple business transaction. I’ve done a ton of demonstrations, educating women, men …

Continue Reading
You may also like...
Related Topics:Black is beautiful, Black Natural Hair

The fashion industry said my dreadlocks would stop me working. They were wrong
Breast Cancer Awareness: What It Means For African-American Women