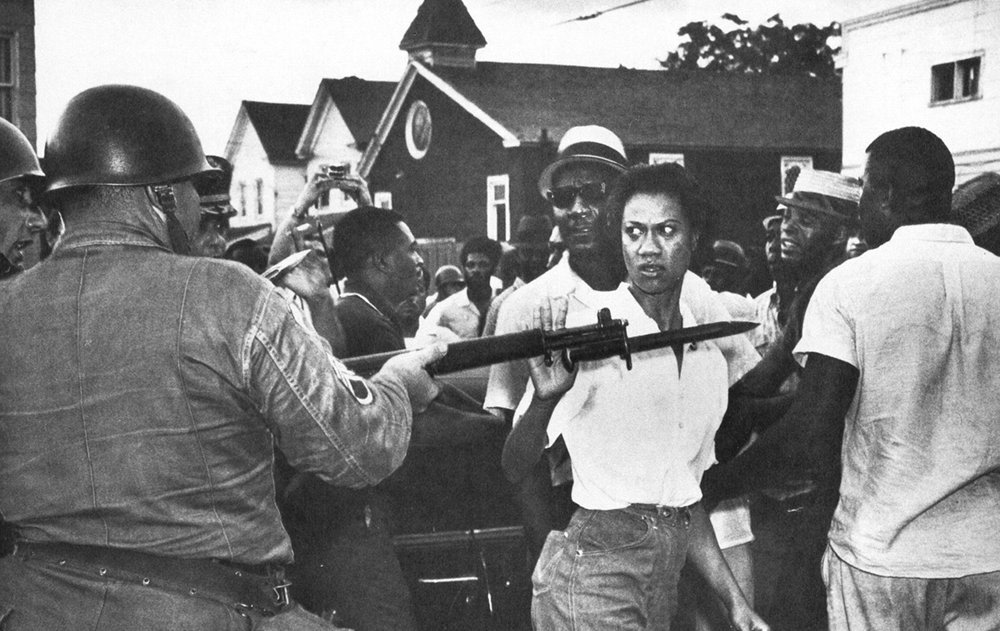 By Maya J. Boddie via https://blavity.com

Gloria Richardson did not have time

By now, most of us have seen the iconic civil rights era photo of a black female protester pushing an officer’s gun away from her during a protest. Gloria Richardson’s simple yet defining dismissal of the officer’s threat of violence is an unforgettable representation of the resilience and leadership of black women during the civil rights movement.

Richardson was on a mission of equality and was not going let anyone get in her way — not even a gun near her face. During a 1963 protest in the segregated town, officers realized Richardson, a local leader, wouldn’t be leading fellow demonstrators in the direction of submissiveness — so they tried to negotiate according to a Facebook video by Topic.

“If you guys agree to call off your protest, we’ll negotiate with you,” but Richardson, who is now 96 years old, was not having it. Why, as such an iconic figure during the movement, did Richardson’s name seem to have gotten lost in history?

Many civil rights leaders happened to be in their late teens to early 30s, and Richardson was a “middle aged” woman at the peak of her protesting years. She pioneered desegregation. Along with Attorney General at the time, Robert Kennedy,  Richardson negotiated the Treaty of Cambridge, which guaranteed desegregation of housing, schools, hospitals and employment.

Richardson also worked with Malcolm X in the 1964 and co-founded ACT, a national organization centered around black …

Continue Reading
You may also like...
Related Topics:Gloria Richardson