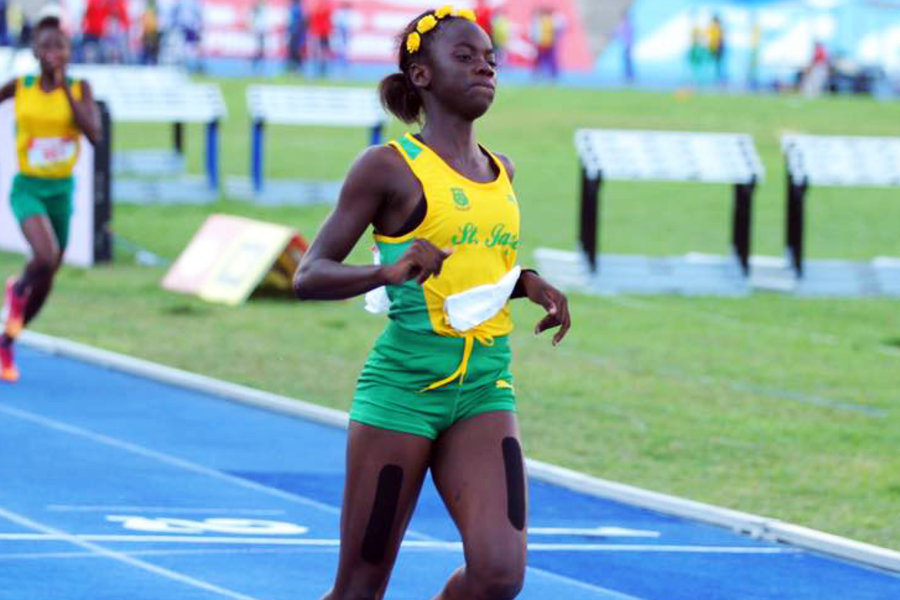 Brianna Lyston impressed judges during the 2017 Boys and Girls Championships in Jamaica.

As Usain Bolt transitions into retirement, there’s a new sprinter on the scene who’s ready to take his place. And she’s a 12-year-old girl.

Brianna Lyston impressed judges during the 2017 Boys and Girls Championships in Jamaica.

As reported by The Telegraph, Lyston won the Boys and Girls’ Athletics Championships, Jamaica, 200m final last weekend, with a time of 23.72 seconds. She went on to win the 100m Under-13 final with a time of 11.86, just 1.24 seconds off the Women’s Olympic Record set in 1998 by Florence Griffith-Joyner, who was then 17 years Brianna’s senior.

I’m so proud of her,” her mother told the news outlet. “It was just fantastic to watch. She always trains very hard and when she came off the track she just felt great.”

Lyston is ahead of Bolt’s development curve at the same age. The eight-time Olympic winner was running at the age of 12, but also played football and cricket, taking him away from being completely dedicated to running until…