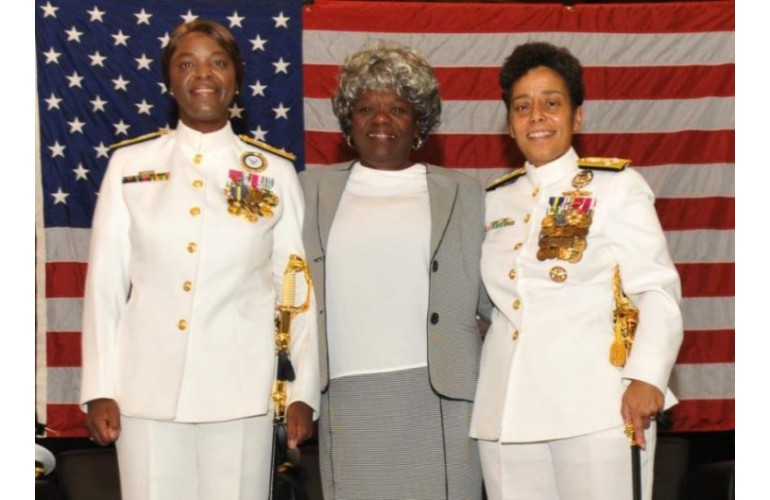 Together they enhance a greater appreciation of U.S. Navy heritage and provide a positive influence toward pride and professionalism in the naval service.

As a Navy Human Resources officer, Rear Adm. Annie Andrews was assigned in areas of manpower, personnel, training, and education. Andrews assumed command of Navy Recruiting Command Aug. 29, 2013. Prior, she served as commanding officer of the Recruit Training Command, Great Lakes. During her tour, she led the training efforts of over 100,000 Sailors for duty in the Fleet and was instrumental in the commissioning of the Navy’s only immersive simulator trainer, the USS Trayer also was known as Battle Stations 21.

On November 1, 2015, Andrews began her federal career as the Federal Aviation Administration, after a 32-year career in the Navy. She provides executive leadership for HR programs and policies, operations, employee and labor relations, corporate learning and development, employee safety, and workers compensation.

Admiral Michelle Howard is the first four-star woman in Navy history. She has achieved many firsts throughout her naval career.

She was the first black woman to command a U.S. Navy ship and the first to achieve two- and three-star rank.

4 Black Women Who’ve Recently Made History in Their Local Communities
Lucy Parsons bio reveals new facts about the birth, ethnicity of the ‘Goddess of Anarchy’