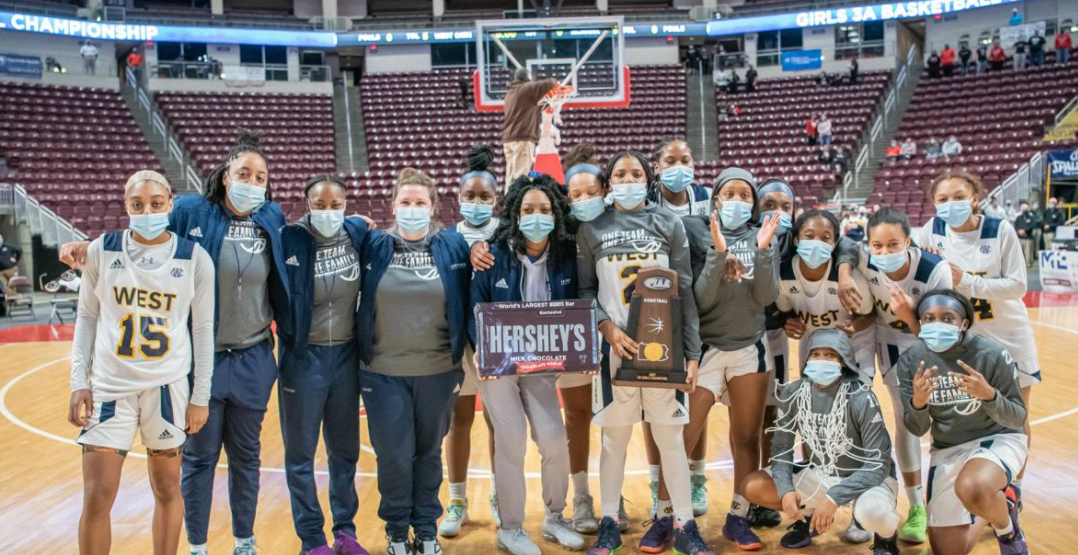 West Catholic girls’ basketball coach Beulah Osueke has made history, again. On March 25, she became the first Black woman coach to win a PIAA state basketball title. This follows her team’s historic 2020 Philadelphia Catholic League win, which made her the first Black coach, woman or man, to earn that title.

This year’s state win is furthered by the fact that this is West Catholic’s first state basketball title, girls or boys.

“It’s surreal,” said Osueke. ““I feel like the secret to our success is the previous six years of work. We put in a lot of work. People look at success and want the highlights. We didn’t win a game my first season, the second, we had 12 losses and five wins, So, it was really difficult.”

In a Tribune interview last year when she reflected on her path to the PCL title, Osueke remembered getting “blown out 40, 50 points,” before reaching the peak. Rebuilding the….