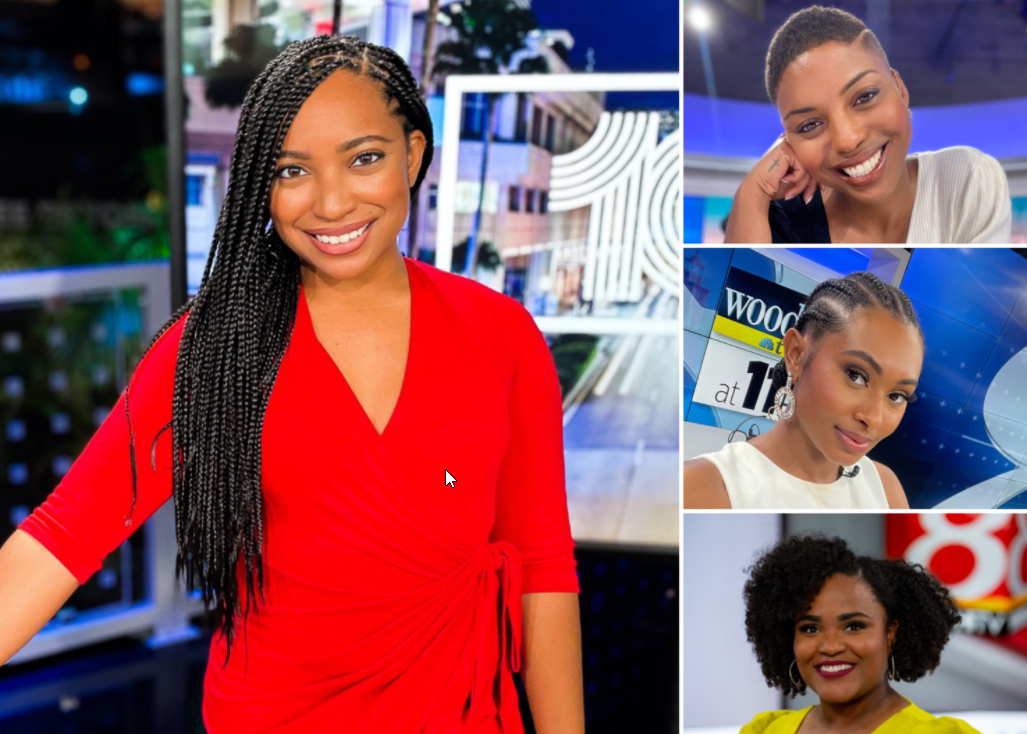 By: Amaris Castillo via https://www.poynter.org/

As a Black woman, I have never felt more free in my life than when I went natural,’ says anchor/reporter Lena Pringle

Quanecia Fraser felt very nervous one Monday morning in early September. The anchor/reporter for KETV Channel 7 in Omaha, Nebraska, was about to go live on air, with her natural hair.

“I had a feeling like, ‘OK, here goes. I’m about to do it … it’s about to happen,’” Fraser recalled of the moments before the 5 a.m. newscast for the ABC affiliate. “But then I think I also remember telling myself, ‘You know, it’s just like any other day. Your hair just looks different.’”

Fraser, who is Black, had kept her natural hair braided and tucked underneath a wig for work. But she had been mulling a change for some time. She wanted her hair to reach a certain length before she made the switch. But a scalp issue led to concern for her health, and Fraser decided it was time.

She spoke to her boyfriend, who told her she’d look great with her natural hair. She also…

Read More: For Black women journalists, wearing #NaturalHairOnAir is a point of pride and resistance