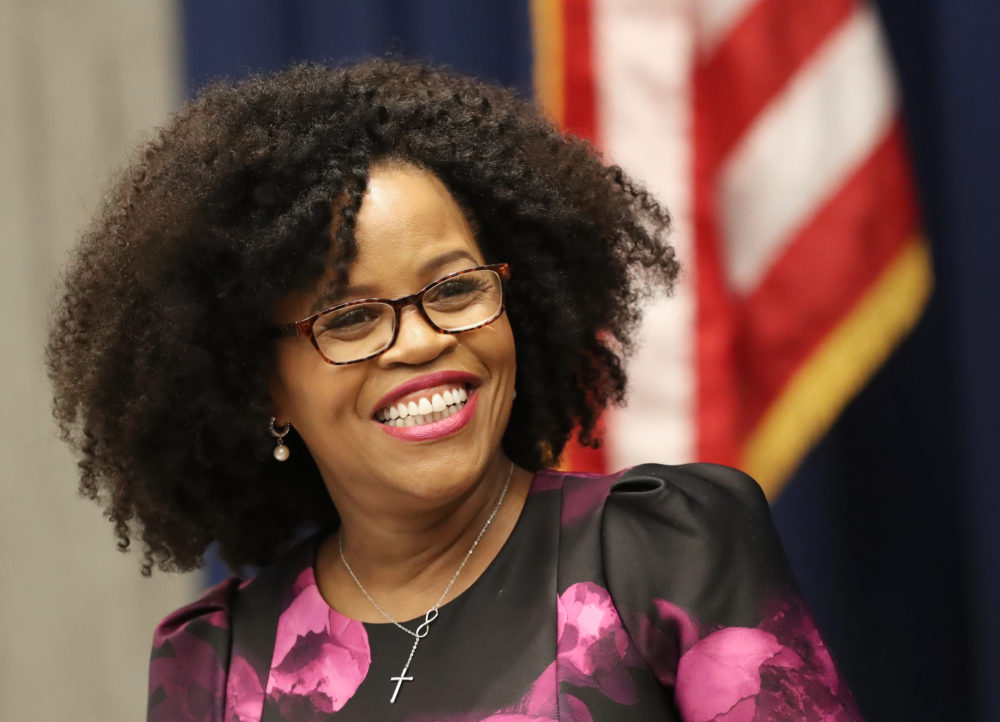 By Callum Borchers via https://www.wbur.org/

Kim Janey shattered two historic barriers when she became acting mayor of Boston Monday evening: She is both the first woman and the first person of color to lead the city.

Janey, a Black woman, was elevated from city council president to acting mayor immediately after Marty Walsh resigned as mayor to take the job of U.S. labor secretary. His resignation came swiftly following the U.S. Senate’s confirmation of his nomination.

“It’s hard to overstate the significance of inaugurating a woman of color as acting mayor of Boston,” said Amanda Hunter, executive director of the Barbara Lee Family Foundation, which advocates for women in politics. “We…

Continue Reading
You may also like...
Related Topics:Kim Janey