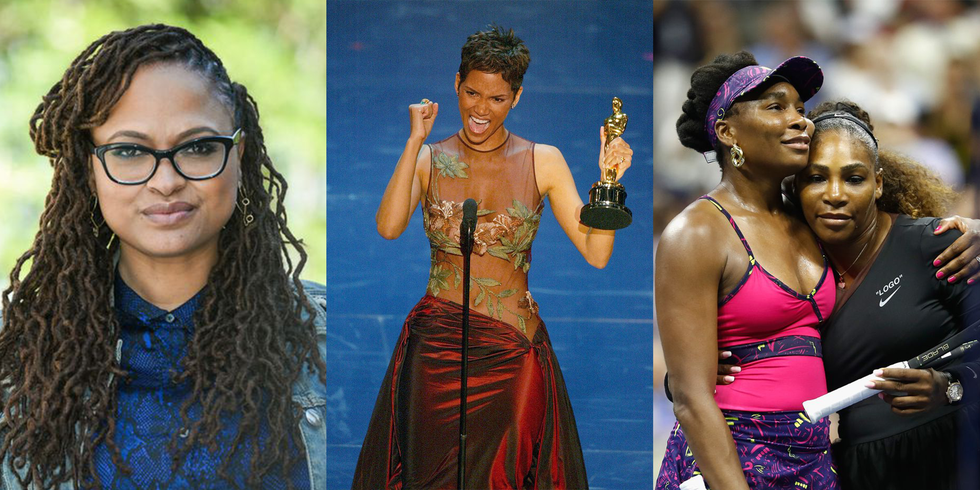 By McKenzie Jean-Philippe via https://www.oprahmag.com

Claim to fame: Author, lawyer, and the first Black FLOTUS of the United States

Why she’s extraordinary: The author of 2018’s bestselling novel— her memoir Becoming—Mrs. Obamacaptivated many with her show of warmth, strength, and positivity as the country’s First Lady from 2009 to 2017. In her role, she fought against childhood obesity and championed education for young girls. And in the face of dark political times, during her speech at the 2016 Democratic National Convention, she delivered a line that still resonates with many today: “When they go low, we go high.”

Why she’s extraordinary: The daughter of singer Diana Ross— legend, and another fierce Black woman on this list—Tracee is a shining light in Hollywood. From her role as the ambitious Joan in the early 2000’s show Girlfriends, to her current groundbreaking gig as Dr. Rainbow Johnson on the hit sitcom Black-ish, the actress is guaranteed to put a smile on your face with her fierce fashion, goofy Instagram antics, and passion for movements like #TimesUp and #BlackLivesMatter.

Why she’s extraordinary: With films like 13th, Selma, and A Wrinkle In Time (starring our very own O of O), DuVernay has made a point to put representation at the forefront of her critically-acclaimed work. She’s also racked up countless firsts: The first Black woman to win the best feature directing award at Sundance in 2012; the first Black woman to get a Best Director Golden Globe nomination; the first woman of color to direct a Oscar-nominated best picture film; and the first woman to direct…

Read More: 18 Famous Black Women Who Have Left Their Mark on the 21st Century so Far

Continue Reading
You may also like...
Related Topics:Famous Black Women

These Women Realized There Wasn’t A Space For Black Women Within Group Travel — So They Made One
A must-read list: The enduring contributions of African-American women writers