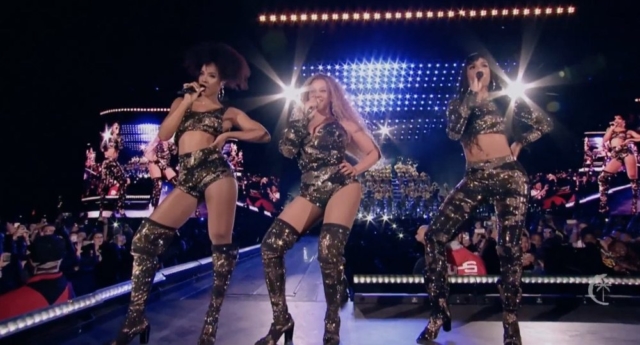 By Bea Mitchell via https://www.pinknews.co.uk

Beyoncé has made history as the first black woman to headline Coachella, giving the music festival a new name: #Beychella.

As well as becoming the first black woman to headline the Coachella Valley Music and Arts Festival in California, Bey was only the third female solo act to headline, after Björk and Lady Gaga.

She also reunited with Destiny’s Child for the band’s 20th anniversary, and was joined on stage by Kelly Rowland and Michelle Williams to perform songs including Lose My Breath, Say My Name and Soldier.

It’s the first time they have appeared together since the Stellar Gospel Music Awards in 2015. Destiny’s Child are one of the most successful female groups ever, with 14 UK Top 40 songs and two UK Number 1 songs.

Continue Reading
You may also like...
Related Topics:Beyonce, Coachella

Everything You Need To Know About Karena Evans, The 22-Year-Old Director Behind Drake’s ‘Nice For What’ Video
Star Wars’: Filmmaker Victoria Mahoney Will Be First African-American Woman to Direct for Franchise