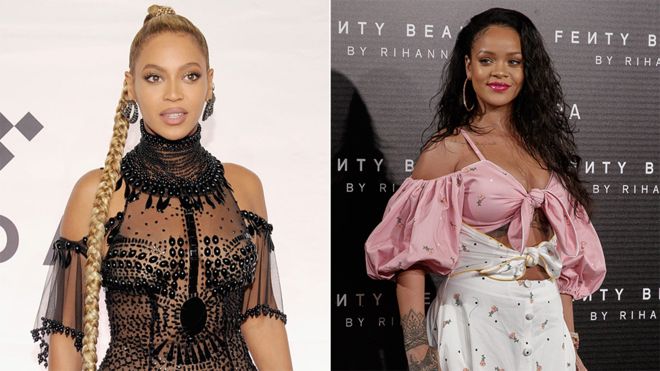 By Cherry WilsonNewsbeat reporter via https://www.bbc.com/news/newsbeat-44229236

These are just some of the women at the top of their game in the world of entertainment in 2018.

But how much of their success is down to the shade of their skin?

It’s been suggested by some that black women with lighter skin find it easier to get ahead because of colourism.

Colourism is prejudice against people who have a darker skin tone – and/or the preferential treatment of those who are of the same race but lighter-skinned.

She told Newsbeat she quit music for seven years and part of the reason was down to prejudice about her darker skin.

“A&Rs [talent scouts] would say things like: ‘She would be better if she was light-skinned’ – and that sentence doesn’t even make sense.

“I know what they’re trying to say, if I was light-skinned I would get…

Read More: Colourism: Do light-skinned black women have it easier in showbiz?

Nafessa Williams: ‘As a young black girl I didn’t have a superhero like me to look up to’
Zendaya to Star in HBO Drama Pilot ‘Euphoria’