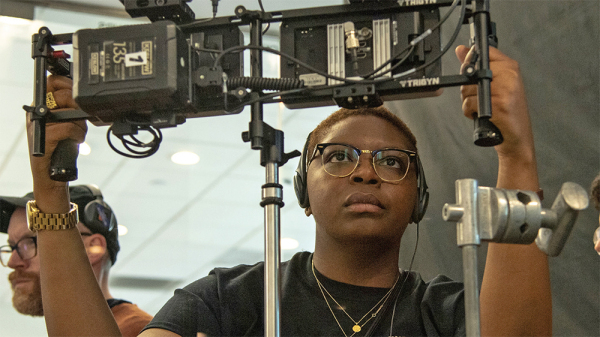 By Danielle Turchiano via https://variety.com/

Dime Davis already made Emmy history with her nomination in the variety series directing category for the freshman season finale of HBO’s “A Black Lady Sketch Show,” which she also co-executive produces. (She is the first Black woman to break onto this ballot.) If she picks up the statue in September, she will break another major barrier: being the first Black woman to win a directing Emmy overall.

How much do you think about things like the amount of Black people nominated before you in a category? Do you feel an added pressure or responsibility in choosing work or in the way that you work because of the strides the results can make?

We weren’t thinking at all about awards when we were shooting, but I knew I was the first woman to be in this position shooting this show — but also I knew it was the first time Black women had been really featured in this major way and really acknowledged in the sketch comedy space. I knew Robin [Thede, creator] was doing something really special, so I felt an enormous amount of pressure because of that. But, if I’m being really honest with you, I always feel a lot of pressure — just because I really want to do well. I love this art. And I wanted to also make sure that we’re not putting so much weight on the fact that I’m the first that we also ignore all of…

Continue Reading
You may also like...
Related Topics:Dime Davis

The Artist and Filmmaker Envisioning a Safer World for Black Women
For Regina King, her ‘Watchmen’ role is inspired by ‘every Black woman that ever was’