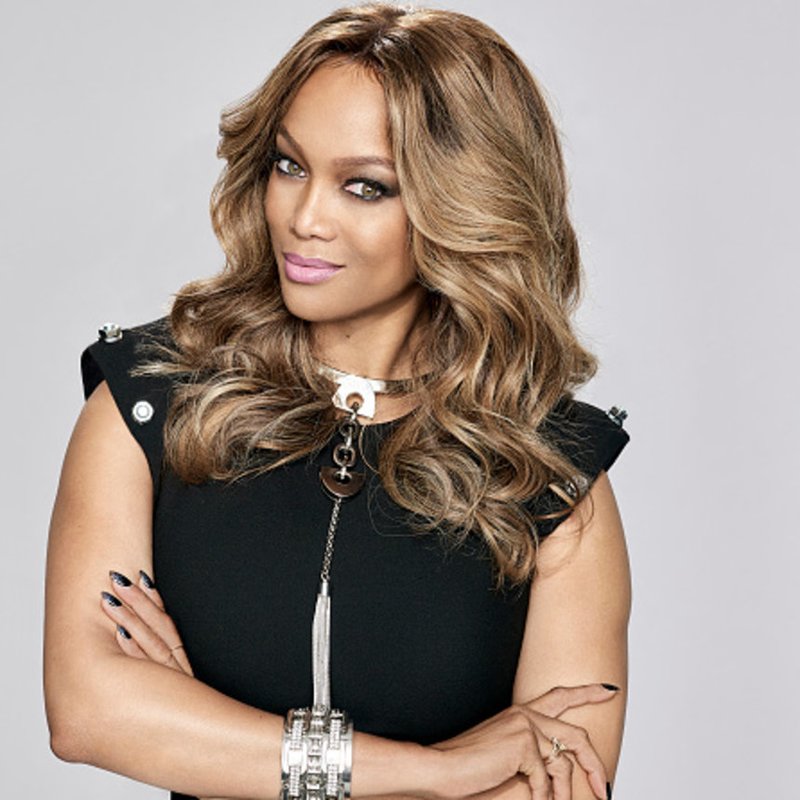 It was recently announced that Tyra Banks is returning as the host of America’s Next Top Model for its 24th season, and since the exciting news, the former supermodel has been making her press rounds to talk about the upcoming season of the reality model competition.

During a Q&A with AOL’s Build Series, Banks was asked about redefining beauty standards and changing racially insensitive ad campaigns (like H&M’s recent ad controversy) in the fashion industry. Banks responded, “[The industry] is liberal and cyclical, and trends, Oh, it’s a black-girl season! Oh, it’s a Brazilian season! OK, now where are they? Oh, it’s the Russians! Oh, now it’s the Asian girls! To me, race is not a trend. My skin is not a trend; your skin is not a trend. We are who we are, so we should not go in and out of fashion.”

Banks continued, “The trend should be what we put on our bodies, not our bodies. And so that’s the part of fashion that I don’t like, is they’ll say, ‘Oh, the chocolate girls with the short hair is in for two years.’ And now, where’s that girl? She’s trying to figure out how she’s going to pay her bills, because she’s no longer hot, and cannot pay to get hired. And that’s what hurts me.”

Please read original article- Tyra Banks Has A Message For The Fashion Industry: ‘Race Is Not A Trend’

Continue Reading
You may also like...
Related Topics:fashion, Tyra Banks