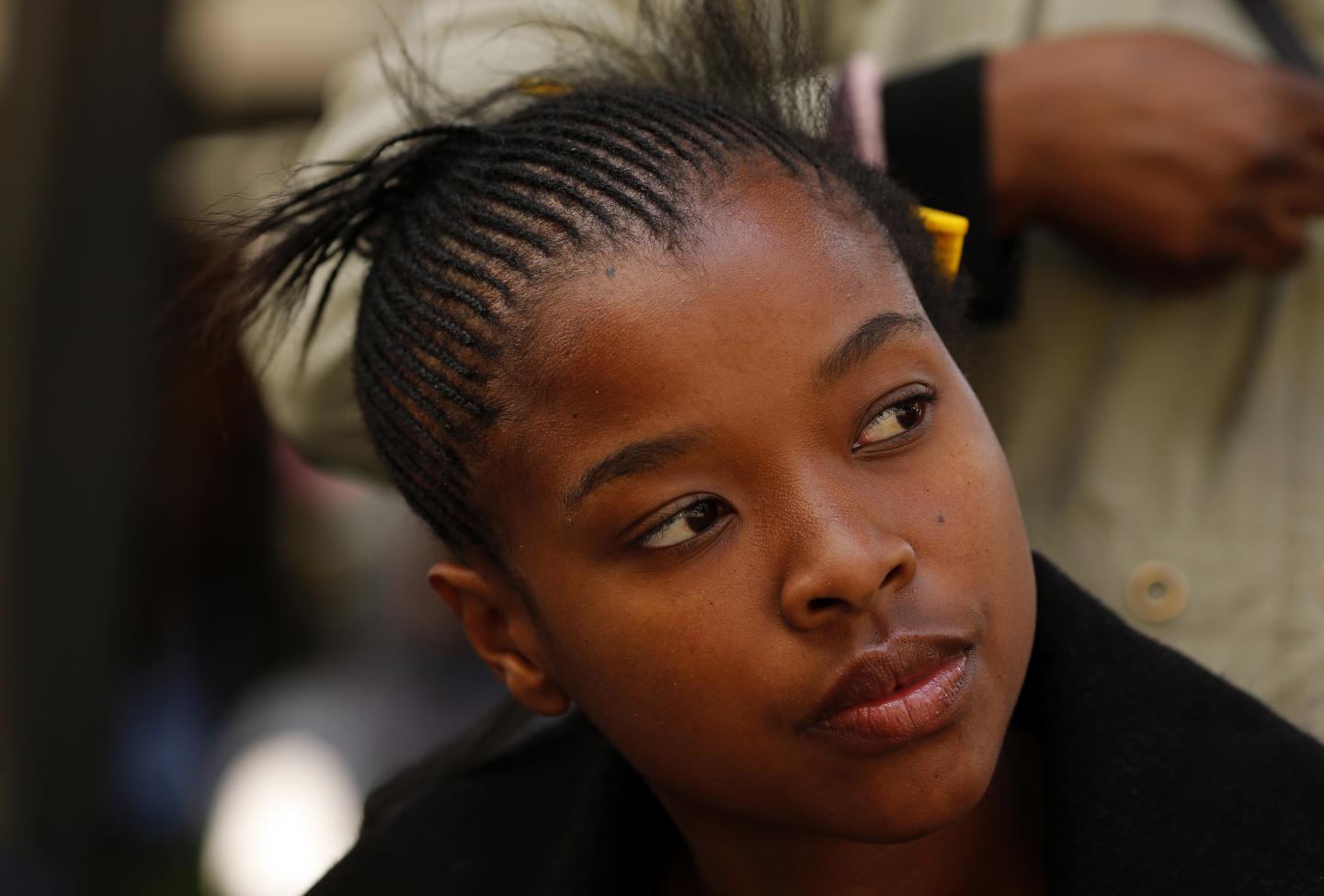 The case of two black female students who were banned from their prom at a Massachusetts school in May stoked uproar in the U.S. But the problem has been an issue for students in South Africa for some time.

Black schoolgirls have protested on several occasions in the past year after being banned from wearing their hair in certain styles, including dreadlocks and braids.

The issue has come to the fore again after a Facebook post on Monday, in which Siyabonga Ngwenya—the aunt of a student at Windsor House Academy, a high school in a town northeast of Johannesburg—complained that her niece and 10 other girls had been “kicked out” of school for wearing their hair in braids.

The post, which has been widely shared, claimed that the school’s headmistress had scolded the girls for their “inappropriate hair” and had called them “idiots” and “de-motivated.”

The girls claimed that despite the fact their braids were tied neatly, the principal ordered them to leave and said they would not be allowed back into school without removing the braids.

#Racism [WATCH] Your braids are too messy' – Windsor House Academy learners kicked out of school by principal because of hair. #sabcnews pic.twitter.com/XzCm3Kdfo2

The provincial head of education, Panyaza Lesufi, visited the school on Tuesday and ordered them to revise the school’s code of conduct to be more inclusive within three months. “This is a human rights issue, and we take allegations of racism very seriously,” said Lesufi, according to local news site News24. Newsweek contacted the school for a comment but received no reply at the time of publication.

Race remains a defining issue in South Africa, which only abandoned a system of racial segregation—known as apartheid—in 1994 with the election of the country’s first black president, Nelson Mandela. Under apartheid, the country’s population was divided into different, hierarchical categories: whites at the top, blacks at the bottom, and other racial groups—including “coloreds,” the term used in South Africa for people of mixed race—in between. Black pupils were educated in separate facilities, known as Bantu schools, which were …