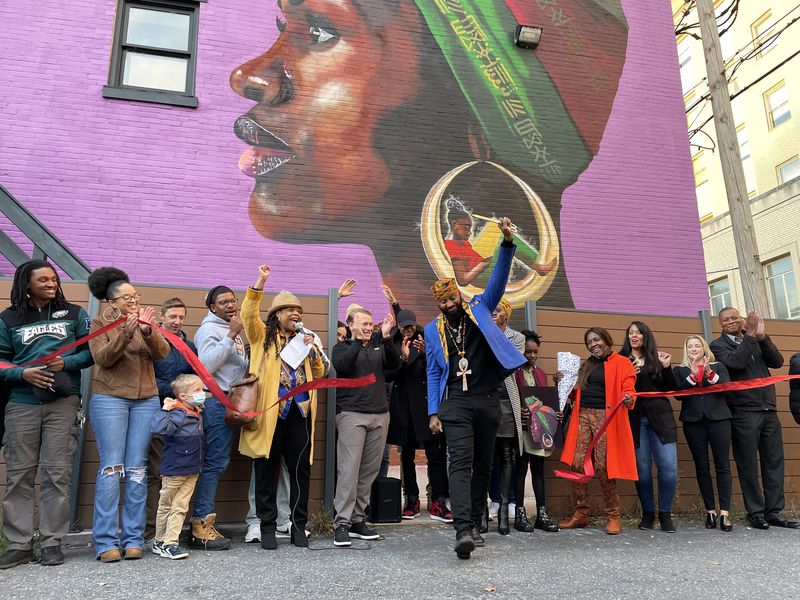 A new mural was unveiled in Midtown on Wednesday, one that a Harrisburg artist hopes will bring awareness to celebrating black lives in the community.

Residents gathered during the dinner hour to celebrate the unveiling of the mural followed by a ribbon-cutting ceremony. The mural, located at 928 James St. by the Exxon gas station parking lot on a three-story building, took three weeks to paint.

Jeff Copus, cofounder of Sprocket Mural Works, said the steering committee picked an artist, theme, and location for the new mural with the ultimate goal to beautify, elevate, and celebrate lives in the Harrisburg community.