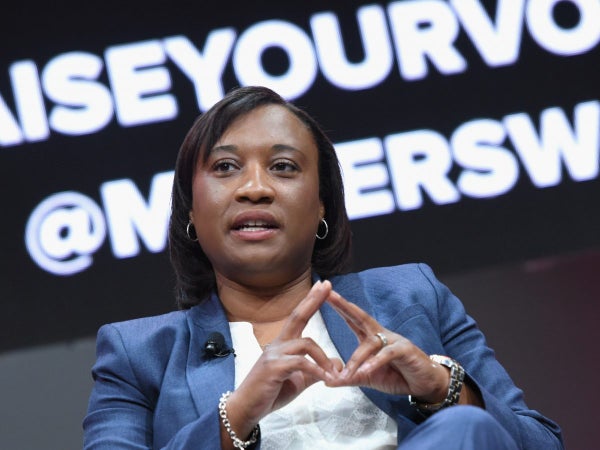 BY DONNA M. OWENS via https://www.essence.com/

BUTLER SPEAKS TO ESSENCE ABOUT BECOMING PRESIDENT OF THE 36-YEAR-OLD ORGANIZATION.

Now, the nation’s largest resource for women in politics has made history by naming Laphonza Butler its new president. When she assumed the post on September 13, Butler became the first Black woman to lead EMILY’s List in its 36-years.

The newest leader is just the third president of the organization, succeeding Stephanie Schriock, whose tenure spanned 11 years. Ellen Malcolm, the founding president who launched the political action committee (PAC) in 1985, coined the name. It’s an acronym for “Early Money Is Like Yeast”— i.e. “it makes the dough rise.” To date, EMILY’s List says it has raised some $700 million to elect Democratic pro-choice women candidates up and down the ballot nationwide.

“As someone who has spent her entire career empowering women, I am excited to continue that work as the leader of an organization that has changed the face of American politics at all levels,” Butler told ESSENCE. “As the first woman of color and first mother in this role, I am proud to…