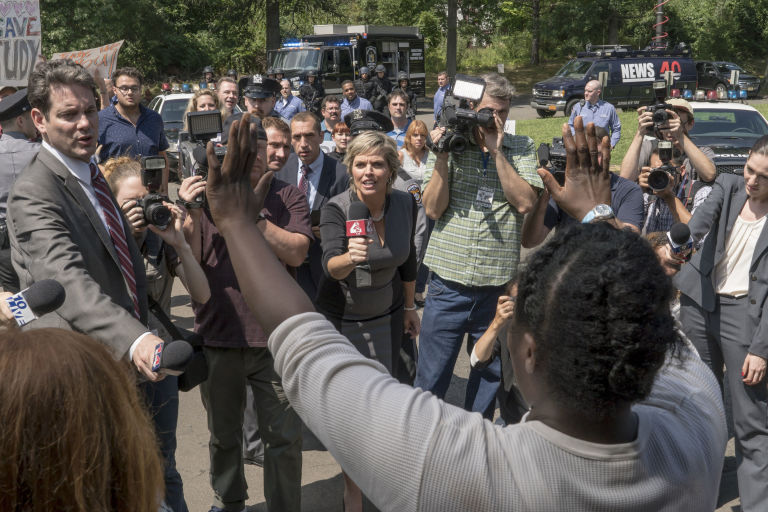 In a flashback from Orange Is the New Black ‘s fifth season, a young Janae Watson (Journee Brown) is quietly shedding tears. She’s watching a white girl in a shiny turquoise ballgown and synthetic afro wig sing Effie White’s powerhouse solo “And I Am Telling You I’m Not Going” at an affluent prep school’s dress rehearsal of Dreamgirls.

Janae is silent as she listens to the shrill and bleached version of a song that made two Jennifers—Hudson and Holliday—stars, a tune that turned unknown Showtime at the Apollo singers into talent show winners and Harlem heroes for the night. For black women, the song had become a true anthem, a powerful declaration of worth. But this prep school recital was nothing like that; it was an appropriation that cut Janae so deeply that she could only weep.

The erasure of black women, the distortion and repurposing of their image to make it palatable for the masses and profitable for the powerful, are as old as bantu knots and baby hair, but the sting is always precise and sharp. We see these memories of “white Effie” after Janae (played as an adult by Vicky Jeudy) tries to persuade Taystee (Danielle Brooks) not to let Paula Deen-esque Southern celebrity chef Judy King (Blair Brown) publicly tell the story of the beloved Poussey Washington (Samira Wiley), whose death sparked an uprising by Litchfield’s diverse population against the prison guards. King presenting a sanitized version of prison life and a black woman’s wrongful death was a kind of ventriloquism she would not allow to happen again, especially with the stakes so high.

At first, Taystee recognizes that King’s elevated social power could help their message travel further, and notes that people outside Litchfield aren’t concerned about incarcerated women of color. But if the tale were to come from the rich, white, all-American grandmother …

Continue Reading
You may also like...
Related Topics:Black Empowerment, Orange is the New Black, Social Justice