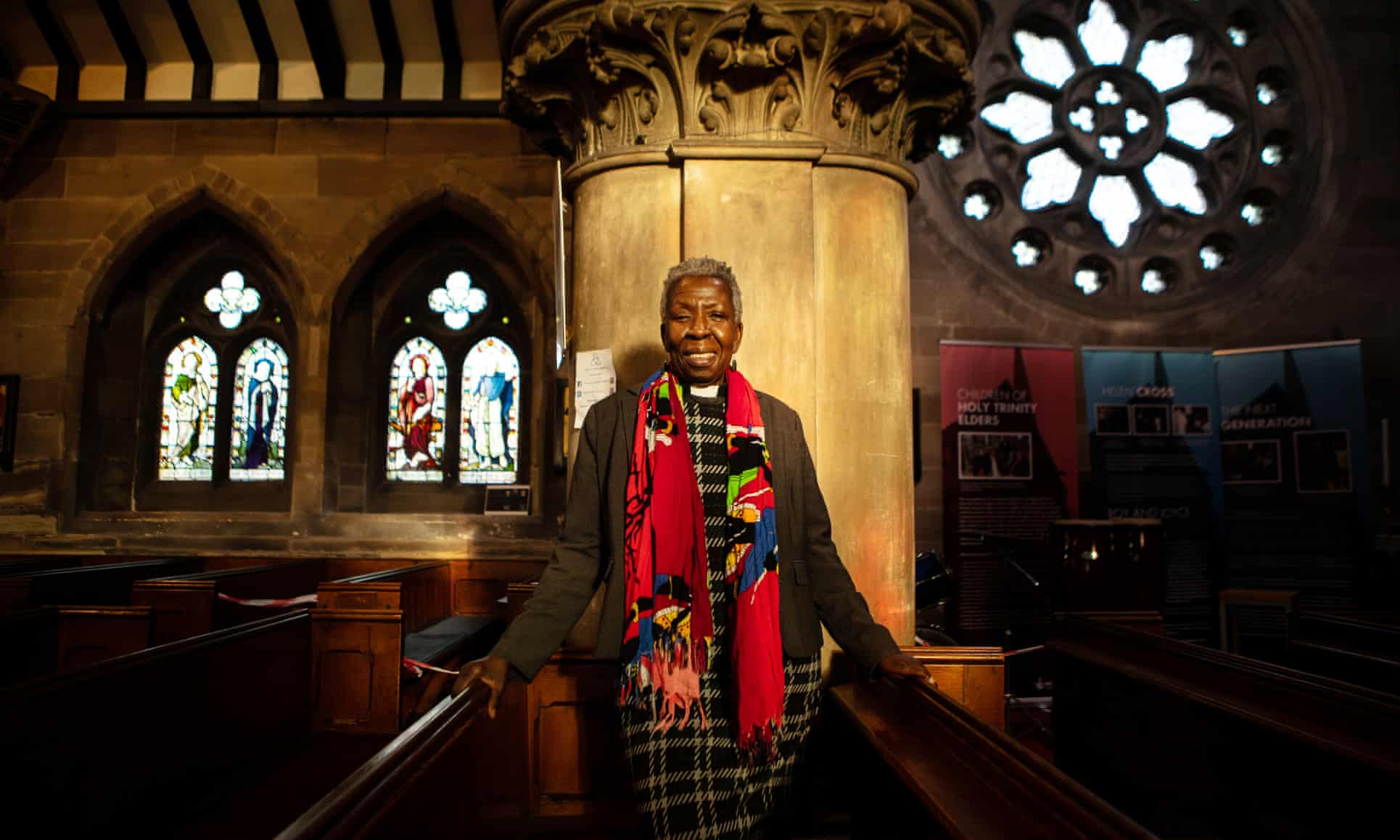 by Kehinde Andrews via https://www.theguardian.com/

Despite attempts to drive her out of the church, she has spent decades fighting racism wherever she has encountered it. Now she is pushing the C of E to honour the enslaved people it exploited

Soon after she became the first Black female vicar in the Church of England in the 80s, the Rev Eve Pitts walked into a bar. She had finished theological college at the Queen’s Foundation in Birmingham and had just received her first posting, in Bartley Green, Birmingham. The area was notoriously unwelcoming to minorities, with a strong far-right presence (in 2019, a neo-Nazi living in Bartley Green was jailed for three years under the Terrorism Act). When Pitts took up her post at Saint Michael and All Angels’ church, in 1987, she remembers seeing graffiti with “‘National Front’, ‘niggers go home’, all over the place”.

Her training vicar was worried enough to advise Pitts against going into the local pub. Looking back, Pitts laughs, “he obviously didn’t know me!” Instead, one night the young, diminutive Pitts walked in, past men who looked like “archetypal” neo-Nazis, with “tattoos all over their hands”, marched up to the bar and asked: “So, who’s going to buy…

Read More: Eve Pitts: the Church of England’s first Black female vicar – and one of its fiercest critics