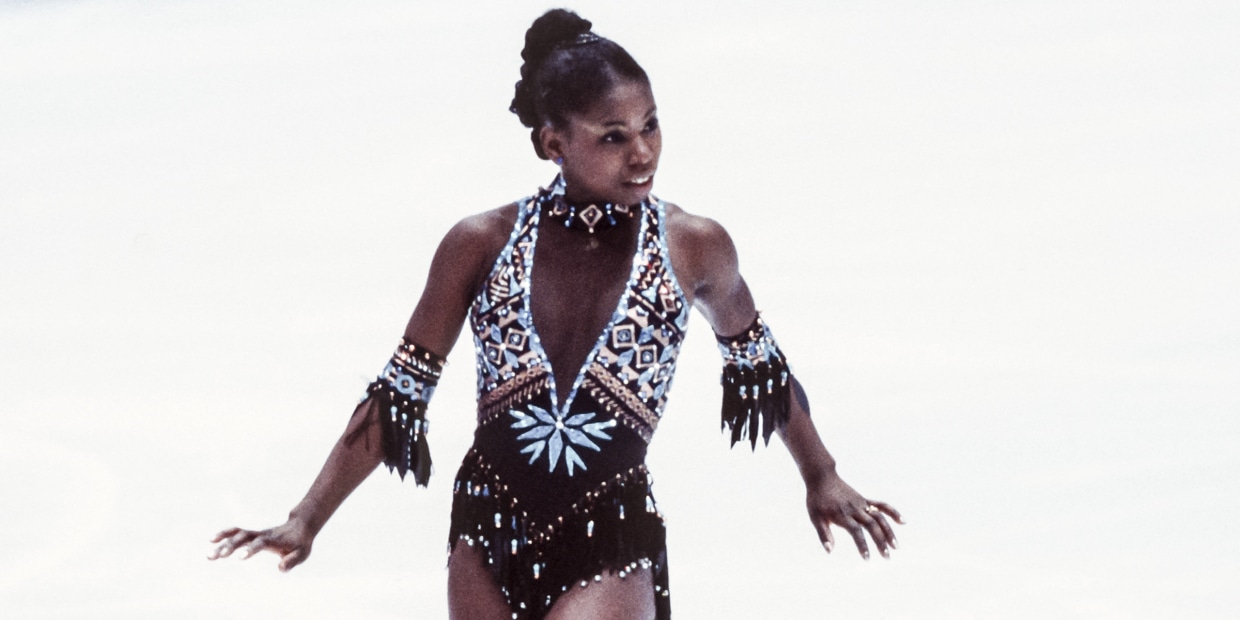 By Scott Stump via https://www.today.com/

The retired Black figure skater, the first woman to attempt a quad in Olympic competition, persevered against a culture that often didn’t know what to make of the explosive athlete.

Surya Bonaly didn’t have any local role models who looked like her when she embarked on an ice skating career in the early 1990s while growing up in France.

As a Black girl who was adopted from an orphanage in Nice by white parents, she would often look around the rink and realize she was the only skater of color at many events in Europe.

“I wish there was somebody back in my day who was able to do that for me,” Bonaly told TODAY. “You always need someone to be the first to do something. I didn’t have that, so in my case, I had to be the one for Europe.”

Thirty years ahead of her time

Not only was Bonaly, 48, a Black pioneer in a predominantly white sport, she also was ahead of her time on the ice when it came to the explosive athleticism that’s now a requirement to reach the top of the sport.

At the 1992 Olympics in Albertville, France, Bonaly became the first woman ever to attempt a quadruple jump in Olympic figure skating…

Read More: Figure skater Surya Bonaly gave everything to a sport that didn’t always love her back