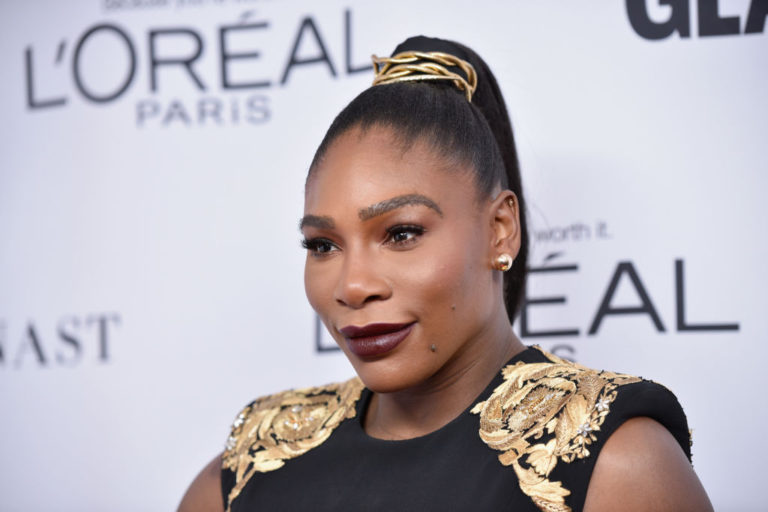 By Jazzi Johnson  via www.thegrio.com

Serena Williams is back with a bang!

Just last week, the former world champion confirmed her comeback by a big win at the Indian Wells Tennis Garden against Zarina Diyas. And today, TMZ reported that the sports legend is taking her game to the world of cosmology.

According to reports, the new mother filed legal documents to obtain a trademark for the name “Aneres,” which spells Serena backwards. Previously, the same name was used to secure a clothing line, but Serena has apparently switched up her focus to beauty.

With Serena Williams’ inspiring and truth-telling commentary on the racism and sexism she often faces from both the media and her peers, it would be a powerful statement for her to step into the beauty game with an empowering line of products.

Prior to Serena Williams return to the court, she experienced a near-death incident while giving birth to her daughter Alexis Jr. which has compelled her to advocate for Black mothers worldwide.

Williams gave birth to her healthy baby girl Alexis Olympia Jr. last September via an emergency C-section. The Grand Slam champion was fine at first, but within 24 hours, a pulmonary embolism was detected. She knew something was wrong before her doctors did and, like many Black women, was forced to become her own advocate. Williams’ intense …

Read More: Move over Rihanna, Serena Williams is ready to get in the beauty game

Continue Reading
You may also like...
Related Topics:Beauty, Serena Williams

The Zen Mother: Lauren Ash
This Chef Was So Tired Of Getting Sick, She Learned To Cook To Heal Her Body