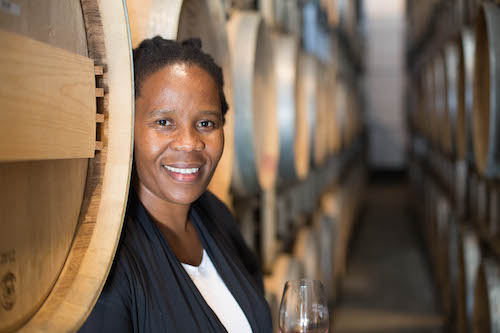 Wine making has always been a discipline associated with men, with the exception of businesswoman Barbe-Nicole Ponsardin, whose pioneering work of continuing the legacy of Monsieur Clicquot helped turn champagne from a fledgling wine making technique to the global phenomenon it has become today.

Madame Clicquot’s portrait still graces the bottles of Veuve Clicquot in honour of her contributions. It took more than half a century for women to get a foot in the door and while there are women winemakers now, they are a small, often overlooked percentage of the wine making community. But now, women like Ntsiki Biyela are challenging that statistic.

In 1998, Biyela, who had never even tasted wine, was awarded a wine making scholarship by South African Airways. But even the circumstances that led to this scholarship would have deterred anyone else. As part of the country’s efforts to redress almost five decades of racial based oppression under apartheid, black South African young adults were chosen at random and offered scholarships to study degrees that didn’t take their personal interests into consideration.

Biyela was whisked away from her village, from which she had applied for the scholarship, hoping to be awarded a place to study Chemical Engineering, but was offered a position to study Viticulture instead. Unfazed by the setback, she enrolled at the University of Stellenbosch and began to take classes, determined to excel no matter what was put in front of her.

She quickly fell in love with the complexities of Viticulture and Oenology and graduated in 2004, catching the eye of Stellenboch-based winery, Stellekaya, who offered her…

Continue Reading
You may also like...
Related Topics:Black Women in Wine Industry, Ntsiki Biyela, Winemaker of the year

Black Women Are Working Hard. It’s Time to Work Hard for Them Too.
Meet the Mompreneur Revolutionizing the Baby Industry With Her Teething Mitten Invention