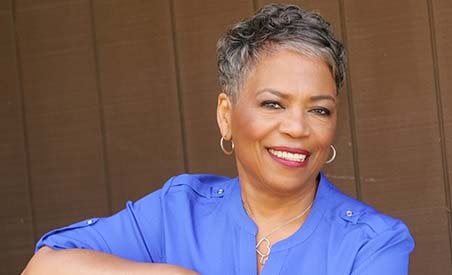 Nearly two decades ago, when Tamara Shiloh was using Microsoft Publisher to create small pamphlets and booklets for a business owner, she received an email that contained a short story about African American inventors and scientists.

The email profoundly affected the Richmond native. While Shiloh considered herself an educated African American woman, she had never heard of these influential inventors and scientists.

She questioned why such little exposure has been granted to the works of historically-significant African Americans who helped build the nation.

And so Shiloh, 67, of Point Richmond, decided to create a little pamphlet for her grandson’s upcoming birthday to identify these figures — a small project she didn’t realize at the time would lead her to becoming an author of a series of children’s books, one of which is being used in a local nonprofit organization’s literary course.

This Sunday, Oct. 15, Shiloh is set to hold a signing for the first, newly launched book of her five-book series, ‘Jaxon’s Magical Adventure with Black Inventors and Scientists’!, at the Shops at Hilltop from 1 p.m. to 3 p.m. The book signing will take place on the second floor near the center court.

Ahead of the event, we were lucky to snag a conversation with the author, asking her in part how the pamphlet for her grandson inspired her to write an educational series.

“I did some initial research and thought this is unbelievable,” Shiloh said. “Let me go to the library…and there were a couple of resource books, and, oh my gosh, I got pissed. I really got upset because I didn’t know any of these influential black people. My kids didn’t know them, my grandson didn’t know them. It was pretty incredible.”

There was so much important — and in some cases widely unknown — information, Shiloh decided she needed more than one book to write the series. She knew the writing had to be fun and engaging for kids to want to read them.

“You don’t want to write a history book,” she said.

Her children’s series launched with the release of the first book in September. The project was a livelier revision of earlier works she had completed prior to retiring last year. To further spread the word about black scientists and inventors, Shiloh released companion …