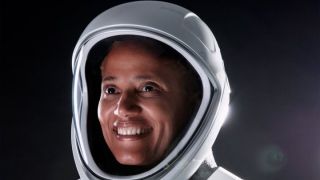 By Chelsea Gohd via https://www.space.com/

“I have this opportunity to not only accomplish my dream, but also inspire the next generation of women of color and girls of color,” Sian Proctor said.

Proctor, a geoscientist, artist and science communicator, has been paving the way in the space sector for decades. Now, years after being a finalist in NASA’s astronaut candidate program back in 2009, she is realizing her dream of becoming an astronaut as she launches to orbit with the Inspiration4 mission tonight (Sept. 15).

While the mission itself is making history as the first all-civilian mission to launch to orbit, Proctor is accomplishing a major first herself as the first Black female spacecraft pilot.

“I’m really grateful to be here and to have this opportunity,” Proctor said Sept. 14 during a news conference with reporters. “There have been three Black female astronauts that have made it to space, and knowing that I’m going to be the fourth means that I have this opportunity to not only accomplish my dream, but…