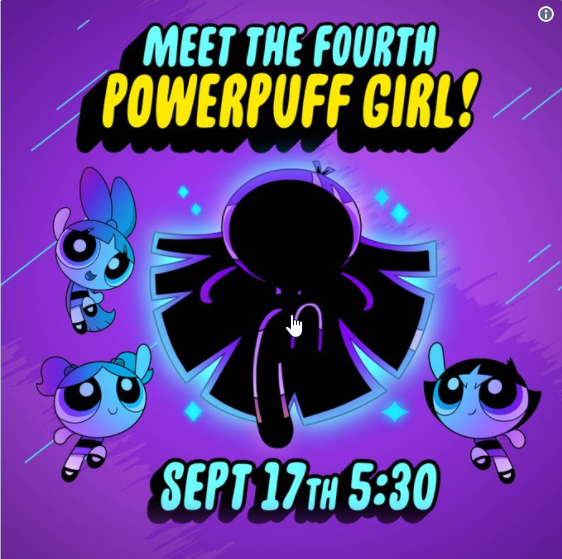 If you were a fan of the Powerpuff Girls in the ’90s, prepare to lose your sh*t over this: there’s going to be a fourth (!) Powerpuff Girl, and she’s voiced by a black woman. Cartoon Network announced the exciting news on Twitter, revealing that a first look of the new character will debut on Sept. 17 at 5:30 p.m. Shortly after, South African singer Toya Delazy confirmed that she’s voicing the new character, writing, “AND JUST LIKE THAT, I BECAME A POWERPUFF GIRL ????? Much love to my @cartoonnetwork for trusting me with this epic job ?❤️️#lifegoals”

AND JUST LIKE THAT, I BECAME A POWERPUFF GIRL ?????
Much love to my @cartoonnetwork for trusting me with this epic job ?❤️️#lifegoals pic.twitter.com/ZshJT8VWR0

Another Twitter user uploaded a photo of what may or may not be our first look the fourth Powerpuff Girl, and while it’s unconfirmed, the new character definitely looks promising. As an African-American who enjoyed watching the Powerpuff Girls as a kid, it’s definitely inspiring to see the Cartoon Network include diversity among one of its most beloved cartoon series. Sept. 17 can’t come quickly enough!

SO THEY HAVE A FOURTH POWERPUFF GIRL AND SHE IS BLACK??? I LOVE EVERYTHING pic.twitter.com/eEC59Jwa78