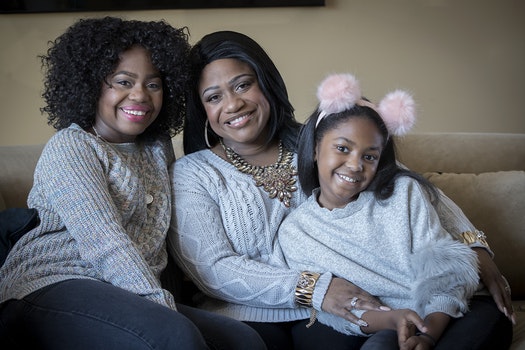 The singer/actor has had a wild ride with TV stardom, early motherhood and, recently, health struggles.

Singer/actor Paris Bennett paused and sighed as she headed into a recent rehearsal of “The Wiz.”

Then she clicked her heels.

It’s a ritual for the onetime “American Idol” finalist, who has had a wild ride with TV stardom, early motherhood and, recently, health struggles. In December, she revealed on Instagram that she has the sickle cell anemia trait, which has caused swelling and pain that make it hard to perform at times.

All this helps her to deeply identify with her role in “The Wiz,” the Kansas girl caught up in a tornado and transported to Oz.

“You have to understand,” she said, “I make my friends call me Dorothy.” She laughed. “Really.”

“The Wiz” has the potential to be a blockbuster for Children’s Theatre, where it begins previews Tuesday, and Penumbra Theatre, which is coproducing this African-American musical take on “The Wizard of Oz” in an unusual collaboration.

For Bennett, 29, the role is something she’s long dreamed of. She starred in “The Wiz” as a student at Edina High School but has never been in a professional production — although she did audition for NBC’s live broadcast of the musical in 2015.

“I like to think I’m the real-life Dorothy,” she said, sitting on a sofa at her mother’s Brooklyn Park home with her daughter, Egypt, nearby. “All the amazing things I’ve seen and done in my life, all the things good and bad that I’ve been through, align with the journey that Dorothy takes in this crazy, magical, mixed-up world. Everywhere she goes, she shares pieces of herself with all the people she meets.”

Also crazy and magical is the fact that her mom, Jamecia Bennett — a famed singer in her own right — plays Glinda in “The Wiz.”

“It’s cool to have her as my mother in real life and my mother figure in the show,” said Paris.

When director Lou Bellamy called her for this production, she was, as she says, “over the rainbow.”

There’s a nice symmetry to Bennett’s return to the Children’s Theatre stage. She made her professional theater debut there at age 9, playing a sweet Caribbean girl in “Once on This Island.” Now she’s coming to rehearsals with her own 9-year-old.

But Egypt is not in the show — nor is she into showbiz, even though she comes from a storied musical family.

Jamecia Bennett is the star soloist of the Grammy-winning Sounds of Blackness, which used to feature Jamecia’s mother, Ann Nesby, and aunt Shirley Marie Graham as lead singers. And Paris, of course, finished fifth on “American Idol” in 2006. (“Unbelievable!” Simon Cowell exclaimed when he first heard her sing. “Where have you been hiding?”)

A home-schooled child who loves to play hockey, Egypt “likes to stay in the background and likes to play with the boards” in recording studios, Bennett said. “She thinks that all the people in rehearsal are her friends.”

The cast is studded with high-wattage talents, nearly all of whom have worked together throughout the decades. In fact, other theaters in town are grumbling about not being able to find black stars for their shows.

The roster includes charismatic crooner T. Mychael Rambo as the Wiz; eminent diva Greta Oglesby, who plays Aunt Em and the Wicked Witch Evillene; and Dennis Spears — another blood relative of the Bennetts’ — as Tinman. Noted maestro Sanford Moore has been arranging and updating the music, and Broadway choreographer Patdro Harris has been putting the cast …