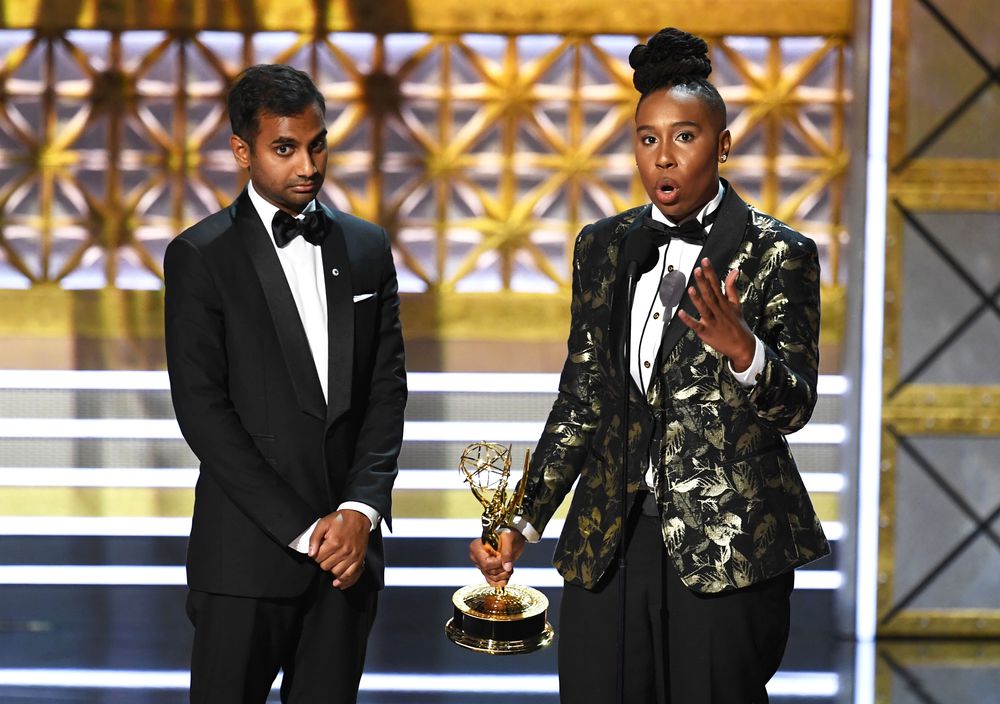 Winners were original stories told by diverse voices, that shone a light on society’s injustices, or engaged with the current political landscape in the USA head on.

he 69th Emmy Awards was a great night for stories about women, starring women, and written by women. The biggest winners of the night, which celebrates excellence in television, were The Handmaid’s Tale (with five awards) and Big Little Lies (also with five awards). Both are female-fronted series tackling wider issues of patriarchal violence in a sexist political climate. Black Mirror: San Junipero and Veep also picked up multiple awards.

The Handmaid’s Tale won the biggest award of the night: Outstanding Drama Series. But it also picked up awards in every category it was nominated. That meant awards for drama writing and direction, while Elisabeth Moss won the Emmy for a lead actress in drama. Ann Dowd won the best supporting role award for the terrifying Aunt Lydia, while Alexis Bledel picked up the award for best guest performance, announced at the Creative Emmy Awards last week.

Lena Waithe became the first black woman to win the award for Outstanding Writing for a Comedy Series for her work on Master of None, thanking her “LGBTQIA family”. Black Mirror won Outstanding TV Movie and a writing award for its love story between two women, “San Junhttp://www.newstatesman.com/culture/tv-radio/2017/09/women-emmy-awards-feminism-emmysipero”.

It was a night of firsts more generally: Donald Glover became the first black winner of Outstanding Directing for a Comedy ….

Continue Reading
You may also like...
Related Topics:Emmy's, Lena Waithe

Inside Rihanna’s Diamond Ball, Where Beyoncé and Jay-Z Danced to Calvin Harris and Barack Obama Sent His Regards
Black Women Are an Integral Part of a New Era of TV, and It’s Absolutely F*cking Necessary