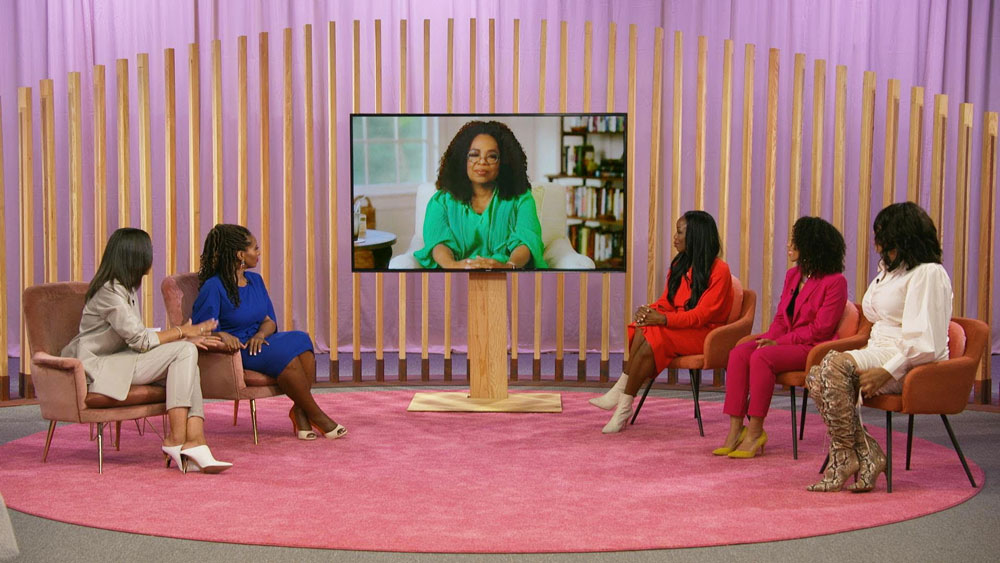 By Angelique Jackson via https://variety.com/

The OWN Spotlight series “Black Women OWN the Conversation” is taking on the topic of mental health with its first episode of the new season — and for the deep, emotional conversation, the show enlisted a special guest.

The episode was already set to be momentous, since it marked showrunner and exec producer Jennifer Ryan and her team’s first live audience taping since the start of the coronavirus pandemic, but Winfrey’s virtual appearance was an extra source of excitement.

“She’s the OW of OWN, and we’re very honored to have done this show and had her on it,” Ryan tells Variety, sitting on the show’s pink-hued set at the…

Read More: Inside the Live Taping of ‘Black Women OWN the Conversation’s’ Mental Health Special With Oprah Winfrey