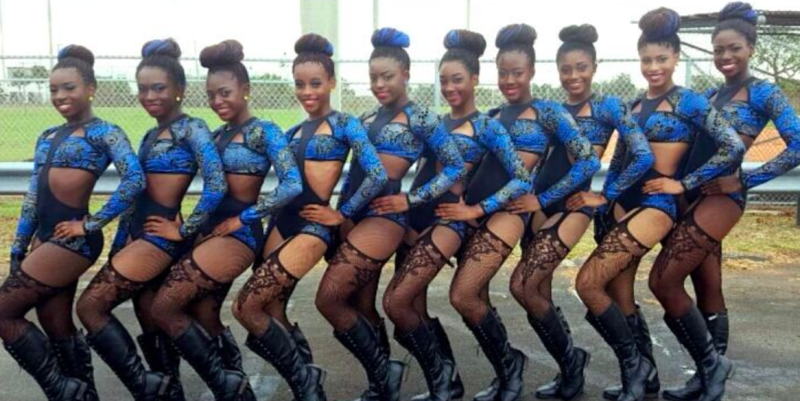 A Miami high school’s dance team is under fire for their sexy costumes and dance moves that went viral after a video appeared on social media.

But the dance instructor, Traci Young-Byron, posted photos on Instagram and said that Kitana from “Mortal Kombat” was the inspiration.

Much of the criticism came from parents of other students at the high school, who didn’t think the outfits were appropriate.

“I’m old-fashioned, and I believe that’s too sexy,” Jerry Byrd told WSVN. “There are a lot of bad people out there that will look at that and take it a different way. I have two daughters I deal with, and I won’t allow that.”

The Miami Northwestern principal issued a statement about the dancers’ outfits.

Miami Northwestern Senior High School has always been a source of pride for students, parents, alumni and the community. We will continue that tradition. While all the parents of the dancers who participated in the event approved of the attire, we understand the concerns that have been raised and sincerely apologize for any offense this may have caused. Looking ahead, we will implement a more comprehensive and stringent uniform approval process to ensure an appropriate representation of our school.

Young-Byron questioned if the girls were being called “strippers in training” only because they were black, and further proved her point by …