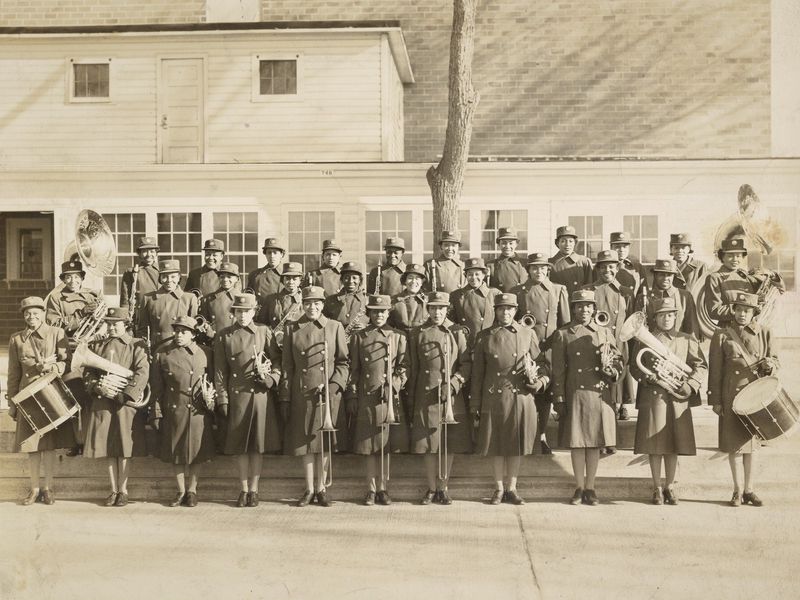 By Carrie Hagen via https://www.smithsonianmag.com

The women of the 404th Armed Service Forces band raised morale and funds for the military, but they had to fight discrimination to do so

An estimated crowd of 100,000 people clogged the intersections in Chicago’s central business district in May of 1945 for a war bond rally, one of several marking the War Department drive that week. Police had traffic stopped for blocks approaching the stage at State and Madison Streets, and reporters noted sales clerks and customers hanging out of store windows to catch a glimpse of any famous performers or war heroes who might arrive.

Former prisoners of war appeared on stage, and the famed flag-raisers of Iwo Jima pushed war bonds to finance the war in the Pacific as a 28-member military band played patriotic music. That group, the women of the 404th Armed Service Forces (ASF) band, were the only all-black female band in U.S. military history.

During the war, all-women military bands rallied hearts—and raised millions in war bonds. The musicians numbered among the Army’s first female personnel, a distinction that branded them as….