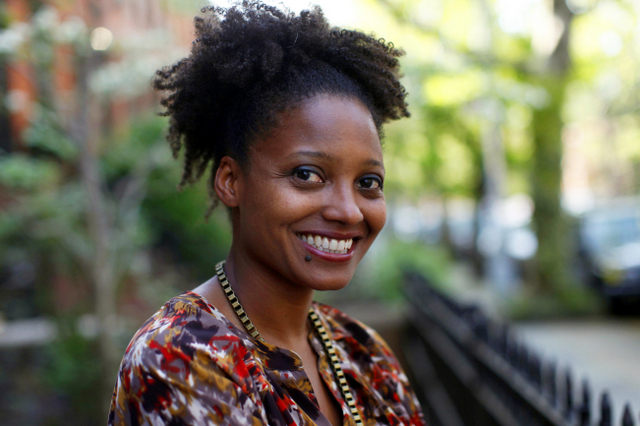 The U.S. poet laureate has embarked on a series of trips to bring her poetry to rural pockets of the country, with stops in Native American communities and other places she says her work hasn’t taken her in the past.

In an interview, Pulitzer Prize-winner Tracy K. Smith said Friday that she has grown curious about how conversations about poetry have evolved in wide swaths of the United States beyond the reach of book festivals. She is launching the tour — which began this week in New Mexico and will take her to the rural South in the coming months — because she also wants to show how poetry can help people see the world from other perspectives.

“I love it when a poet teaches me to see something that I’ve seen a thousand times before but in a different way,” she said. “It’s like somehow, in some way, the world has changed for me. I could walk around with all of the different perspectives that I encountered on the page.”

The Library of Congress in June appointed Smith poet laureate, saying she has shown readers how to think and feel through big ideas. The honor of being the nation’s poet comes with few obligations beyond readings in Washington, D.C., allowing appointees to establish individual projects and priorities as they aim to create appreciation for their craft during their yearlong tenure.

In New Mexico, Smith visited Cannon Air Force Base outside Clovis, an agricultural community on the state’s far eastern plains. On Friday afternoon, she visited the Santa Fe Indian School, where she met with students and learned about their cultures and classes.

Students at the school owned and operated by the 19 Pueblos of New Mexico take classes in Native American history, tribal languages and tribal government and as well as algebra, English and science. While Santa Fe itself is a cultural capital of the Southwest, many of the students hail from tribal communities in more isolated areas of New Mexico and much of the United States and board in dormitories.

For Avery Conners, a high school student from Ohkay Owingeh, a tribal pueblo north of Santa Fe, Smith’s visit marked a chance to delve into the poet’s work. A sophomore, Conners said she’s found poetry to be among her favorite forms of writing, especially pieces with surreal themes.

She was taken, she said, with Smith’s work “Fire Escape Fantasy” — a poem in the collection “The Body’s Question” about success and the strains of modern life — because it seemed to explore themes she often weighs.

“My generation is full of indifference,” she said. “People are focused on being successful.”

Jarvis Spotted Corn, also a sophomore, took advantage of Smith’s visit to share with her his poem “Mountain in the Sky,” a piece that touches on loss and cultural identity.

For Smith, 45, the New Mexico tour offers a chance to expand her own perspective on the world and the West.

She has not previously spent time in Native American communities. On Saturday, she’ll visit Santa Clara Pueblo, north of Santa Fe, which is along the Rio Grande near the Jemez Mountains and home to some famed Native American potters and artists.

“As a writer, I travel a lot to cities and to universities,” she said. “I want to know what the conversation about poetry feels like in other parts of the country.”

Smith’s trips are organized in coordination with congressional delegations and the Library of Congress.

She sees poetry as a means for readers to slow down, and think more passionately and deeply in a world …

Continue Reading
You may also like...
Related Topics:Tracy K. Smith, US Poet Laureate