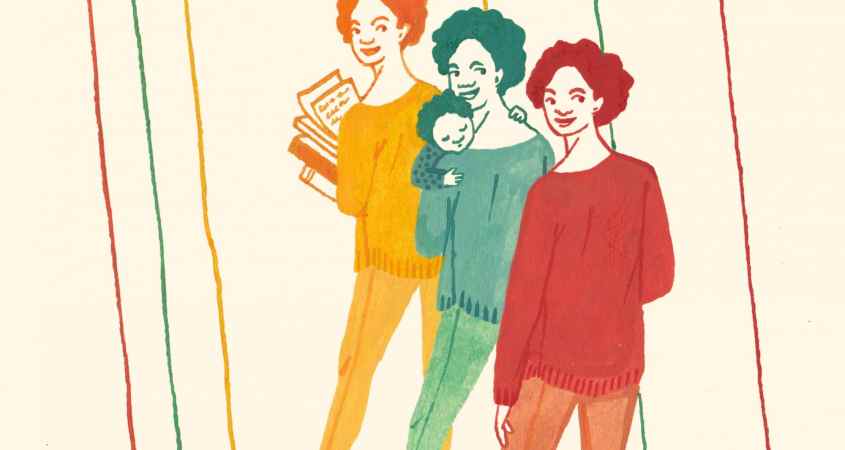 Ever since I was four years old, I remember feeling powerless. I didn’t know it by name then, but looking back, powerlessness is what drove me every night, after I slid under my Raggedy Ann sheets and comforter, to wish and pray that when I woke up, I’d wake up a boy. Not because I felt like a boy inside, but because boys got to have what I couldn’t. Hair that didn’t have to be detangled or combed or braided. Action figures instead of dolls. Race cars with race tracks and pants to play in—always pants. In my four-year-old mind, boys had everything. Freedom. Choices. Power. Pants. But every morning like clockwork, the sun rose, I looked down, and I was denied yet again by The Man Upstairs. I was still Team Pink. I was still a girl.

I wore my disappointment more stoically than my dresses, because somehow I knew this was not a conversation to be had with either parent, or even my big sister (who was obsessed with boys in the acceptable way—with crushes and smiles and day dates to ice skating shows). I didn’t know how to voice the palpable inequity I was absorbing from our society, my culture, the media. That boys were considered the stronger, smarter, faster sex, who should be deferred to and in control. What I couldn’t find words for, but knew from the tips of my bobble ball hair ties to the soles of my patent leather Mary Janes, was that the way girls were devalued wasn’t fair, square or remotely close to justified.

Girls were just as smart and fast and valuable as boys—and once in a while, in between ads for EZ bake ovens and hungry toy babies and household products that would save me from a lifetime of dishpan hands, my TV echoed parts of this truth to me. I saw the “Bionic Woman” and “Wonder Woman” and Billie Jean King with the big glasses and small tennis racket beat the old, blustering Bobby guy in “The Battle of the Sexes.” And then there was Nadia from Romania who proved her ability at the Montreal Olympics, though her dainty and pretty were remarked upon more often than her athleticism and artistry. Even after her repeated displays of superlativeness, she stood there, half-smiling, as they gave most of the credit to her male coach. They might not have been black like me but they were girls like me, girls who liked to rip and run and use their bodies and brains for something other than to attract boys.

In my home, the messages were similarly mixed. My mom had a job just like my dad did. And as a teacher, when I went to work with her, I got to see a woman in charge. Of the space, the lessons, the students. I saw her leadership there, as well as in the house. Mom had as much authority as Dad (if not more) and my dad did the cooking. And since both parents were college graduates and …

Continue Reading
You may also like...
Related Topics:Lori Lakin Hutcherson