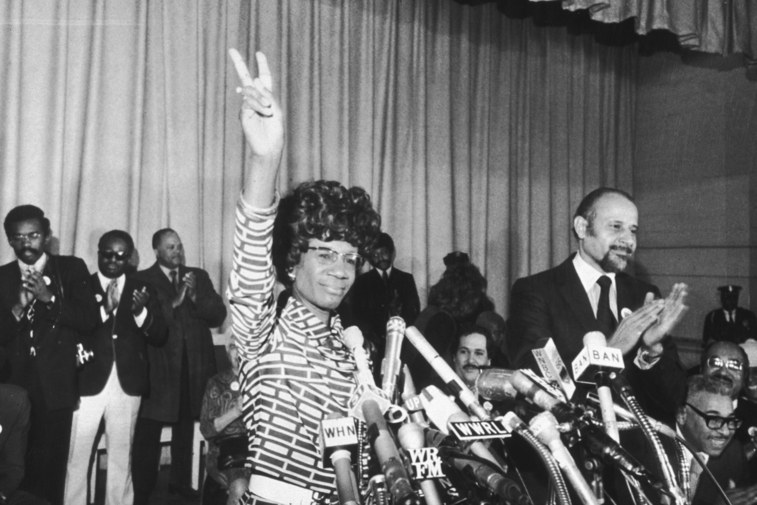 In 20th Century Fox’s Hidden Figures, we get a glimpse into the lives of Katherine Johnson, Dorothy Vaughan, and Mary Winston Jackson—all black, female mathematicians or aerospace engineers for NASA who had hands in sending Americans into space for the first time.

The movie takes viewers back to the early 1960s when racial segregation and sexism were prominent and legally accepted facets of American life.

As per the title, the movie showcases the often ignored and unacknowledged black, female intelligence behind the trip that made history and sent astronaut John Glenn into orbit around the Earth. It has secured an Oscar nomination for Best Picture and grossed $120,355,986 as of February 6.

The movie’s monumental success shows how far black women have come and how influential they were to begin with.

That’s why Nadia Valentine, a 21-year-old broadcasting major at Drake University, thinks it’s important to remember “hidden” black figures. To celebrate these unsung heroes, she’s posting on Facebook about an influential black person from history every day for all of Black History Month.

Nadia said she decided to write the posts because she wanted people to remember the importance of Black History Month, not just on the first few days, but for all 28.

“To see these people contribute to a blooming society is so important,” Nadia told Teen Vogueof the black men and women in her posts. “My post today was about the man who invented the refrigerator, and now anytime a person goes to the refrigerator and opens it, they can think, ‘Wow, one of my people made this.’”

As a black child raised by a white woman, Nadia said her mother used to ask her to look up influential black figures throughout the decades before she went outside to play after school during every Black History Month. Though at the time Nadia might have rather been outside, she says she’s grateful to her mom because it helped her realize all the things she had the potential to create.

And she says it’s still important to her to remember these black people who had an impact.

“A lot of people of color are robbed of that knowledge of how amazing their predecessors were,” Nadia said. “A lot of the time now, we see basketball players and rappers who are gifted in their own right, but for little black boys and black girls, when that’s all that they’re seeing, they kind of lose sight of how they can be academically successful. They’ll go to school and they’ll aim to be a basketball player or a rapper, a lot of times those are the only two professions that America persuades these kids that they can do.”

So Nadia will continue to post about important black people throughout the month—not only to remember them, but to celebrate them, she says.

And you can too. Here are 12 black women who made advancements that changed history:

Before Mary Kay, there was Madam C.J. Walker. Walker was one street-smart lady, who is widely regarded as one of the first ever self-made American, female millionaires. She created hair-care solutions and remedies with black women in mind and sold them door-to-door. She eventually created a brand people recognized, widely manufactured her products, and hired 40,000 ambassadors since the company’s inception to help her sell her products, according to Mic.

Not unlike Walker, Newman gravitated toward a career involving the hair-care industry. Newman got a patent for her invention, the first synthetic hairbrush, in 1898. Her innovation allowed for easier access to the bristles in order to clean out the brush. In addition, she introduced synthetic bristles. Before her invention brushes used animal hair, such as a boar’s. Her invention made brushing long locks a more hygienic process.

Mary McLeod Bethune knew that education was key, but she also knew it wasn’t always the easiest thing to achieve. After struggling to go to school and working on a plantation to help …

Please read original article – How These 12 Black Women Made History

Continue Reading
You may also like...
Related Topics:Black Women, Black Women in History