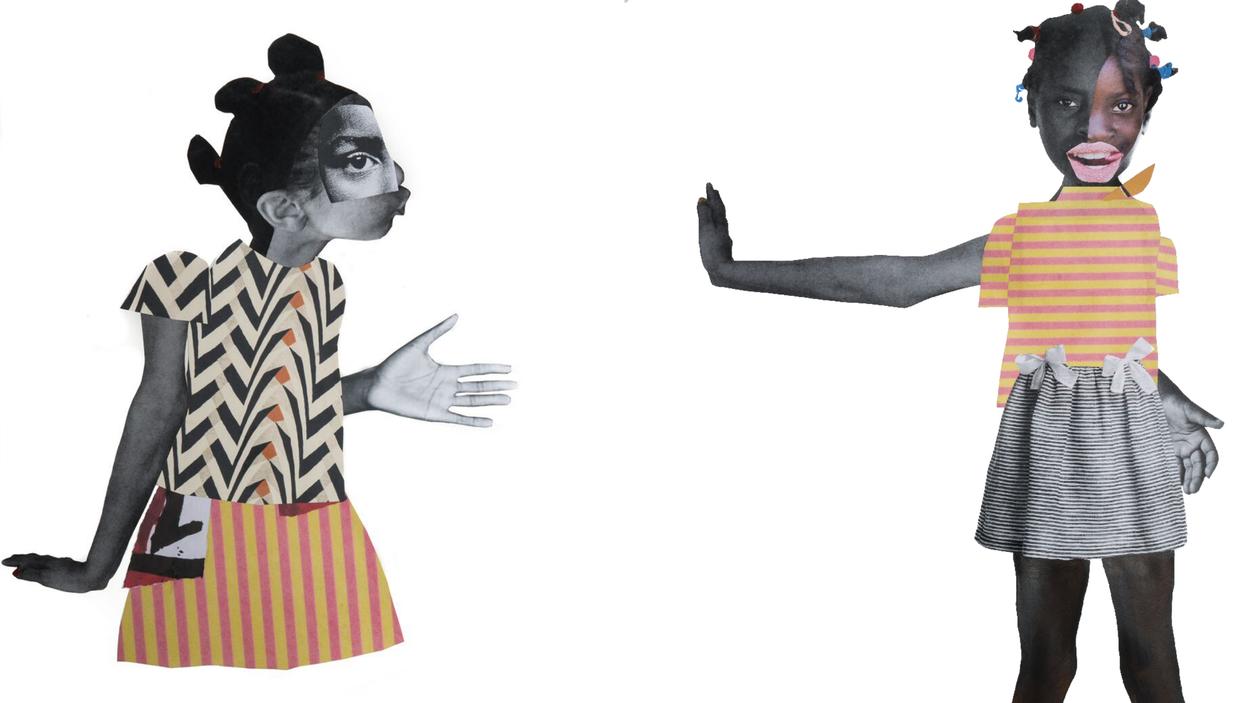 At the age of 55, the painter Deborah Roberts has become an art star basically overnight. In a year’s time, she has sold out a Chelsea gallery exhibition, shown her work at the Studio Museum in Harlem, and has had three medium-scale collages purchased by Beyoncé Knowles. For nearly two decades, Roberts has made work, painting, collage, and prints that focus on the lives of black girls and women. But in an art world that has long concerned itself with male artists and has embraced the exploration of the black male body and identity, no one really cared.

“I feel validated, but I hope I’m not dying,” Roberts said recently, laughing. “I’ve been working at this and talking about this same thing and all of a sudden, it’s like someone said, ‘You know what? You’re right.’” She added, “I am very humbled by the attention. But I never gave up. I didn’t conform to what society thought was good or bad work. I just kept saying, ‘This work is important, black women and girls are important.’”

In her two recently opened exhibitions—Deborah Roberts: The Evolution of Mimi on view at the Spelman College Museum of Fine Art through May 19, and Uninterrupted at San Francisco’s Jenkins Johnson Gallery through March 17—the Austin, Texas, based artist presents an array of fictive visions of young black girls constructed out of found images of black women from magazines. Portraits, like Baldwin’s Promise and Unbothered, are images of black girlhoodthat critique narrow beauty standards, colorism, and the stereotyping of black girls and women emotionally, physically, and sexually. Not Today, a collaged construction of a black girl with her hand raised, is a picture of power. The gesture evokes the way young black girls I knew said during recess, in a moment of playful defiance, vulnerability, and agency: talk to the hand. It’s a small moment of black girlhood rarely seen in art.

“I talk a lot about vulnerability because there are different types of black women,” Roberts explained. “I wanted to talk about [in these shows] how we become women. We start off as black girls, and we soon become black American women. So what does that trail look like? How do we begin? How has our beauty been imagined? Those are the questions we should be asking ourselves.”

I had the opportunity to catch up with Roberts and talk about the power of expanding existing notions of beauty and black girlhood through collage, who she wanted to see in magazines as a young girl, and why black girls need to see images of themselves.

VICE: Why is it important for you to use the young black female body as the site of investigating beauty, power, and identity?
Roberts: It’s about the first act of freedom. When you are seven or eight, and you want to start to wear different clothing or do your own hair because you are starting to enter into your own idea of who you are, where are the examples of little black girl beauty for you to look to? When I first started to think about doing this work, there were no African American women artists exploring this part of our identity. I couch my argument in the fact that black women start as vulnerable as anyone else. But society puts so much on us that you have to grow up fast to take on this role as protector-of-self before any other girl. We have to …

Read More: The Artist Changing the Face of Black Girlhood