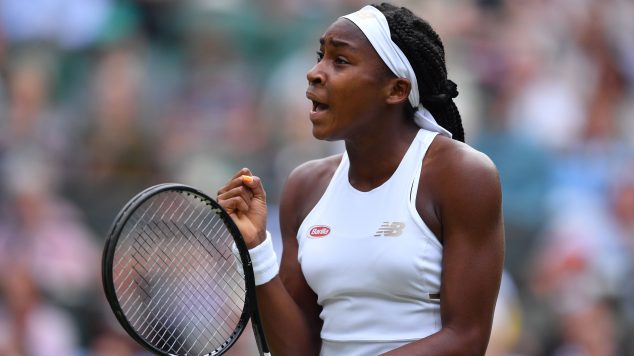 BY TUCKER TOOLE via https://theundefeated.com/

Another black woman is taking the tennis world by storm.

Cori “Coco” Gauff, a 15-year-old phenom from Atlanta, isn’t even old enough to technically be considered an adult, but she is competing against and beating today’s tennis stars.

Gauff recently made history by becoming the youngest player to qualify for the main draw of Wimbledon in the professional era. She continued to make history by defeating Venus Williams, the five-time Wimbledon champion and future Hall of Famer, in straight sets, 6-4, 6-4, on Monday.

Gauff isn’t a stranger to winning either. She dominated the junior