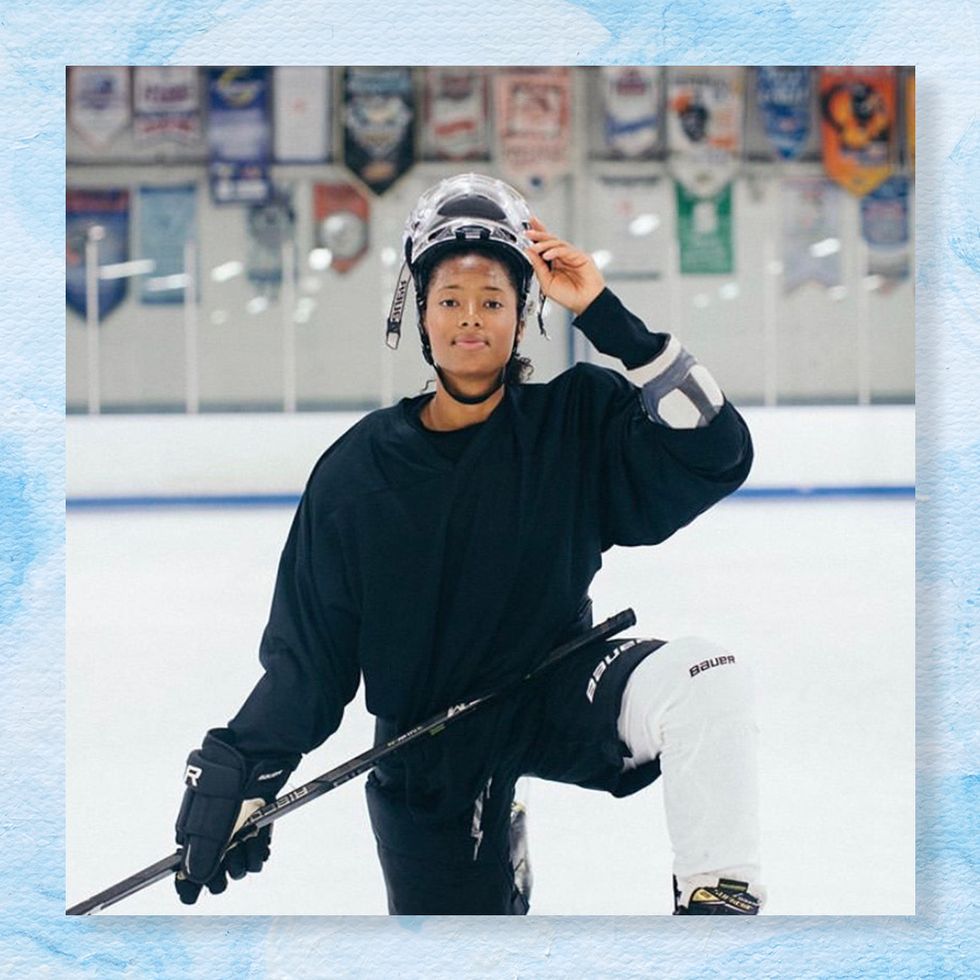 By Imani Bashir via https://www.oprahmag.com/

“I was the only girl on the team, and the only Black person overall, so I had to push through.”

At the age of 25, Bolden became the first Black woman to play professional ice hockey, with her debut in the National Women’s Hockey League (NWHL). Since then, Bolden has become a three-time NWHL All-Star and 2019’s NWHL Defensive Player of the Year. She also holds the honor of having the fastest slapshot in the game,

a move in which a player strikes the puck in a sharp, sweeping motion. After playing for the Boston Pride, the Buffalo Beauts, and Switzerland’s HC Lugano, the 29-year-old now applies her acumen as a full-time hockey scout for the Los Angeles Kings.

Continue Reading
You may also like...
Related Topics:Blake Bolden

Pine-Sol & ESSENCE Team Up To Support Black Woman Entrepreneurs With The “Build Your Legacy” Program
‘We can’t afford to wait for the world to be equal’: Michelle Obama opens up about her struggles as a young black woman in working-class Chicago in new trailer for Netflix documentary