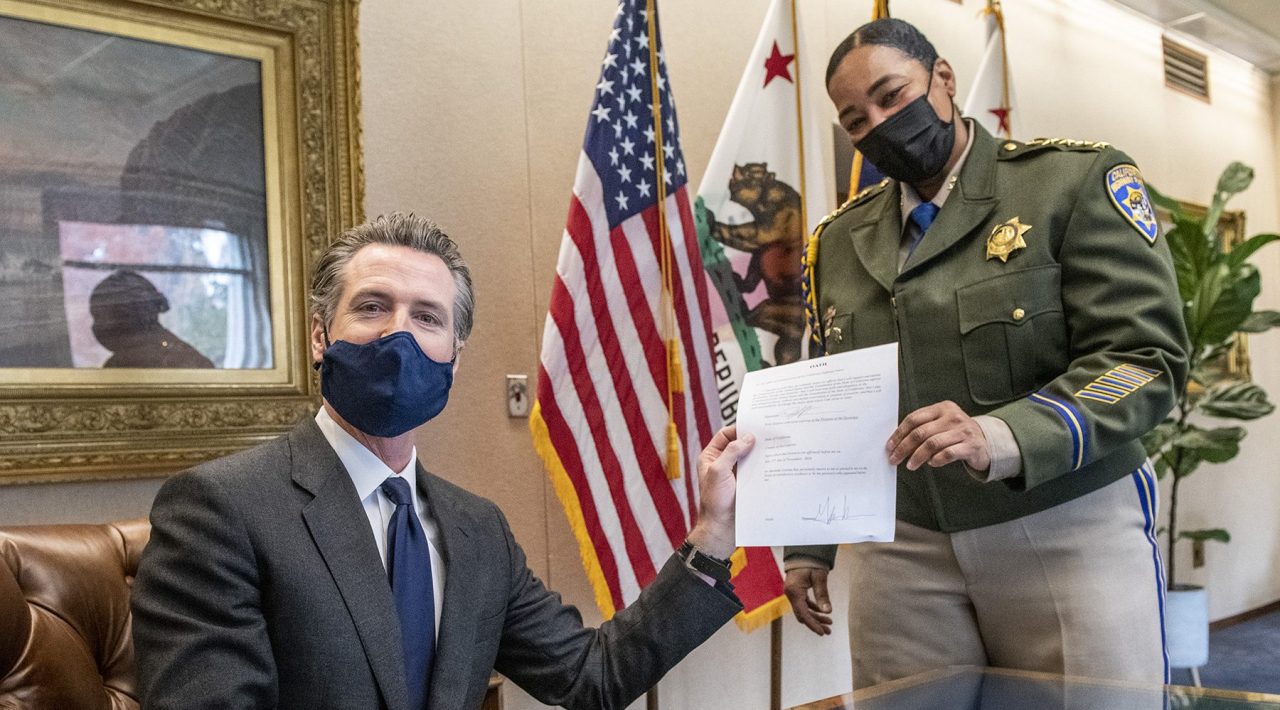 Amanda Ray is sworn in by Gov. Gavin Newsom

By THE REPORTER via https://www.dailydemocrat.com/

SACRAMENTO —  Amanda Ray has been sworn in as commissioner of the California Highway Patrol, making her the first Black woman to hold that position in the CHP’s 91-year history.

Gov. Gavin Newsom administered the oath of office in Sacramento.

One of the last high-level positions held by a woman was that of Mona Prieto from Davis, who served as deputy chief of the California Highway Patrol and was the wife of former Yolo County Sheriff Ed Prieto.

Mona Prieto spent six years as a motorcycle officer until she was assigned to oversee special projects at the academy in 1986. She was promoted to sergeant in 1990, followed by lieutenant, then captain, assistant chief, deputy chief, assistant commissioner, and finally deputy commissioner in 2012. She…

Continue Reading
You may also like...
Related Topics:Amanda Ray