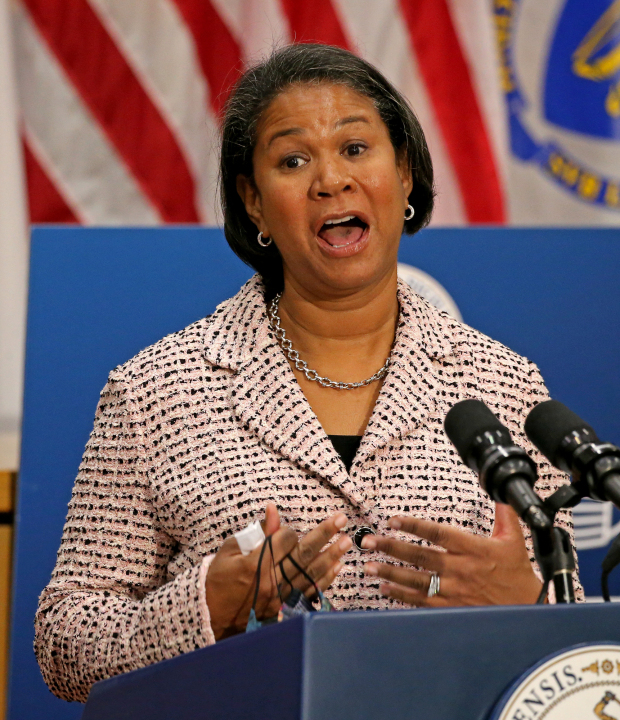 By ERIN TIERNAN via https://www.bostonherald.com/

Gov. Charlie Baker’s nomination of Kimberly Budd as the next chief justice of the Supreme Judicial Court is “history being made” by a well-known “trailblazer” who — if confirmed — will become the first black woman to lead the state’s high court in its 328-year history.

“During a time that has been immensely difficult, a pandemic that has revealed the painful reminders of our country’s continued racial disparities and the tragic passing of Chief Justice Gants, Justice Budd has embodied calm, steady and collaborative leadership,” Baker said, announcing her nomination at the State House Wednesday.

It is an “unquestionably bittersweet” moment for  Budd and for the court. Budd — an associate justice who Baker nominated to the court in 2016 — would fill the vacancy left by the late Chief Justice Ralph Gants, whom she called a “mentor,” whose untimely death to a heart attack last…

Continue Reading
You may also like...
Related Topics:Kimberly Budd